Snub nosed revolvers, commonly called snubbies, are baked into the American gun culture. Even today, in a world of 20 round 9mm pistols, the humble 38 Special wheelgun is still a common backup, and even primary carry gun. But trying to find the best 38 special ammo for snubbies can be tough. The small guns recoil a lot, sometimes jacketed hollow points don’t expand due to lack of muzzle velocity, there’s all kinds of problems. So, former LEO, and firearms instructor, Mark Fricke set out to answer that question. 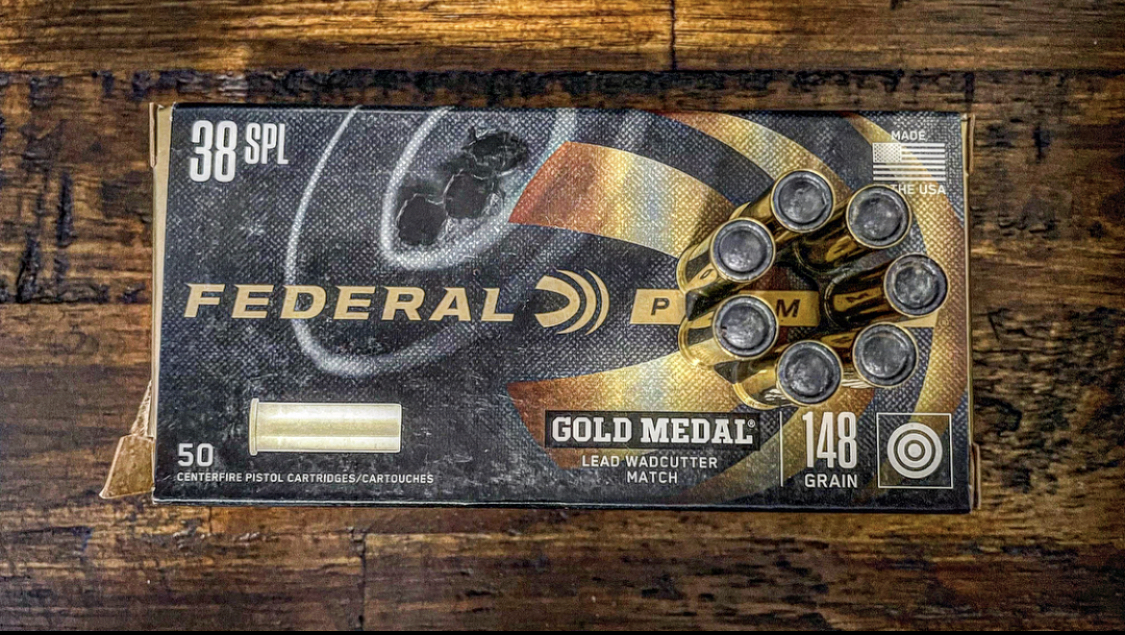 How do we Find the Best 38 Special Ammo for Snubbies

The answer to that question is simple: shoot a bunch of different bullets into ballistic gel and measure the results. Over the course of the Pat Rogers Memorial Revolver Roundup (as well as a few other events), Mark observed the results from 36 different rounds into ballistic gel. Not all the rounds were 38 Specials. Some were 22s, a handful of 45s, and a few 32 Magnums. There was even one beautiful 40 S&W Federal HST that mushroomed perfectly. But, we’re going to focus on the best 38 Special ammo for snubbies.

What is a Snub Nosed Revolver?

Generally speaking, a snub nosed revolver, or snubby, is technically any revolver with a barrel that’s 3 inches in length or smaller. This technically means that a gun like my Ruger GP100 Wiley Clapp in 10mm is “technically” a snubbie, but it’s also huge. Usually when people think “snub nosed” they think a Smith & Wesson J-frame, or a Ruger LCR. These guns are commonly chambered in 357 Magnum or 38 Special. And if we’re being honest, the 357 Magnum models are usually shot with 38 Specials. That’s because shooting 357 Magnum out of tiny revolvers is genuinely unpleasant. Plus, it doesn’t really offer improved terminal ballistics. 357 Magnum out of a snubby is about as effective as 9mm out of a Glock 43, and the Glock is a lot easier to shoot.

Which brings back to finding the best 38 Special ammo for snubbies. Because 38s out of small revolvers range from “pleasant” if you’re shooting full wadcutters, all the way to “spicy” in the case of rounds like the Gold Dot 135gr JHP.

How to Establish the Best 38 Special Ammo for Snubbies

Before we get into the results, here are the ground rules. For a round to even be in the conversation, it must meet the FBI penetration minimum of 12 inches. A round that expands but doesn’t penetrate enough to hit vital organs is almost as useless as a Glaser Safety Slug, and those were genuinely terrible. From there we’ll look at how hard a round recoils, because that makes it hard to get good hits with. Lastly, we’ll look at expansion, if there is any. Out of the vast field of 38 Special revolvers, we selected a 2 inch Ruger LCR in 357 Magnum.

In our test, the Speer Gold 135 grain round did fail to expand. It was plugged by the four layer denim covering the gel block, and didn’t expand the way you’d hope. Other tests indicate that this round works better out of a slightly longer barrel, such as a 3 or 4 inch revolver. However, with 13+ inches of penetration, it definitely meets the minimum standards there. Because it’s a +P loading, it will deliver some extra recoil smack to the shooter.

I’ll admit I was pretty skeptical of this round. How could a weird profile bullet that’s essentially an FMJ with a funny tip do well? Well, I was wrong and I’m happy to admit that. The Honey Badger, as a +P round definitely makes our list of the best 38 Special ammo for snubbies because it penetrated 13 inches and cut a wound track similar to a wadcutter. The reason it’s not higher on the list is because it’s expensive, hard to find, and has significant recoil for a +P. However, even though the 100 grain bullet is 10 grains lighter than the 110 grain bullet in Hornady Critical Defense, this round works much better.

I know what you’re thinking. Full metal jacket? Standard pressure? Not a semi wadcutter? Hear me out. This round, along with the next one on our list, both share an interesting characteristic. They yaw. The 130 grain American Eagle FMJ is definitely some of the best snub nosed revolver defensive ammo because when it hits tissue, it starts to rotate. Especially out of short barreled revolvers. That rotation increases the size of the permanent wound track, and the bullet ends up traveling backwards through tissue cutting a wider wound track. 14.5 inches of penetration is pretty nice.

This round makes the list of best 38 Special ammo for snubbies at #2 because it’s even more likely than the 130 grain to hit right to the sights. It does the exact same thing, too. It tumbles in tissue, which gives it a larger permanent wound channel. Also, it penetrates plenty deep as well, meeting the FBI standard.

We’ve talked about wadcutters for self defense before, and we stand by that position. They’re the best 38 Special ammo for snubbies, because they do several important things. 1) they penetrate well. 2) they usually hit right behind the front sight. 3) they’re easy to shoot thanks to mild recoil. 4) sometimes the soft lead even expands a bit. They’re the best, and if you can find a case, hoard it like Smaug the dragon.

Thoughts on the Best 38 Special Ammo for Snubbies

Like anything, there are always caveats to an article like this. Best is ultimately a subjective term. Maybe you’re a masochist and love heavy recoil. If so, the Gold Dot 135 grain 357 Magnum load is fantastic. I mean, it doesn’t do anything you can’t do with a 9mm, but it works great out of revolvers. Also, it’s important to note than in testing, ONLY the Federal American Eagle 158 grain and 130 grains loads yawed. Other manufacturer’s rounds just plowed on in a straight line. That being said, it’s hard to go wrong with the 148 grain full wadcutters if you’re looking for ammo for a 38 special snub nose that you use for concealed carry.

Also, nothing in this article is the gospel. These are all results obtained in independent testing by defensive handgun experts, not in a lab by people with white coats. However, these results do largely correlate with anecdotal data from field use, so take that for whatever it’s worth.