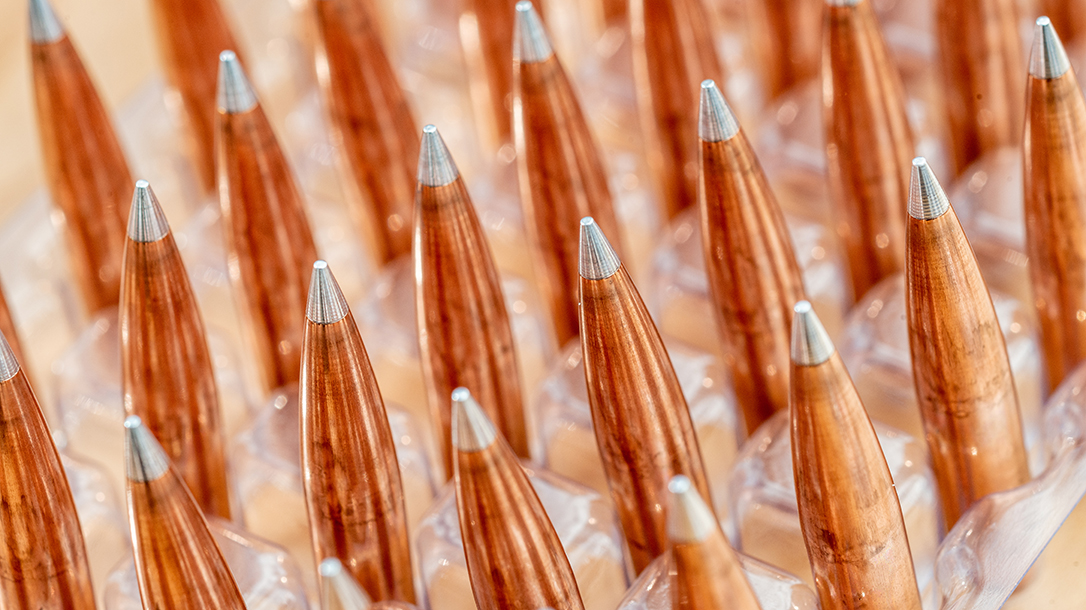 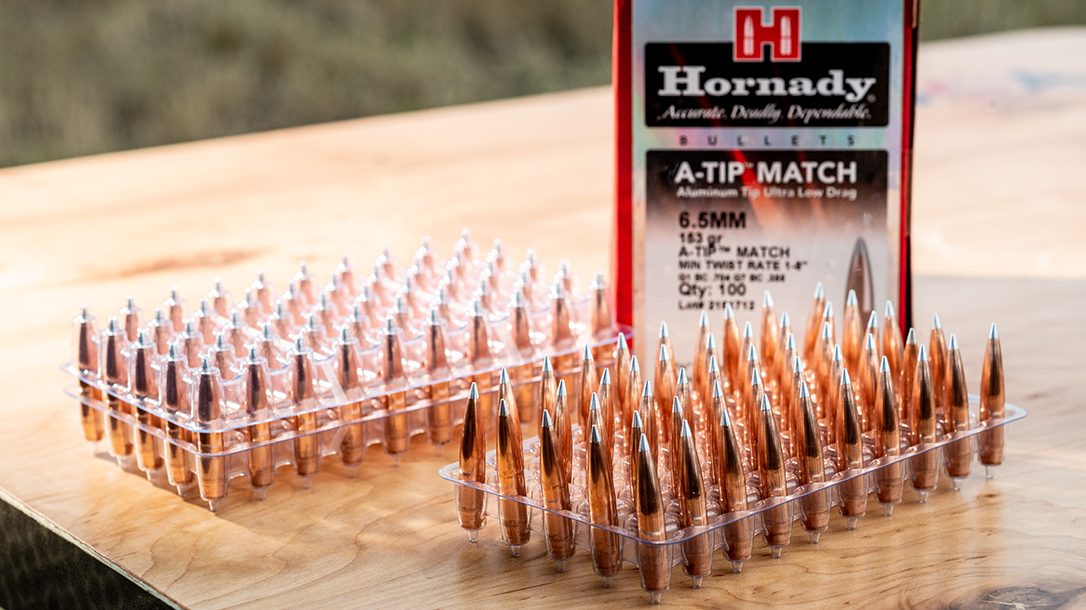 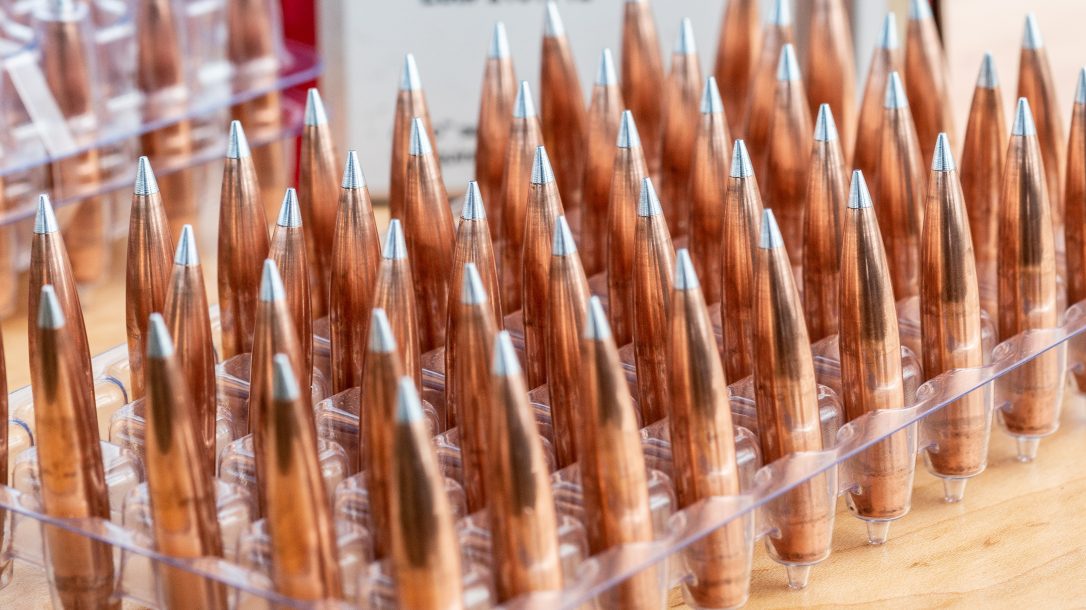 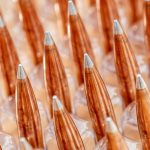 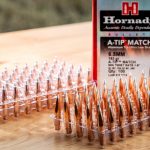 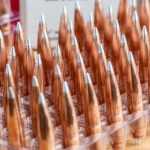 Bullet construction matters. Whether you’re trying to drive a bullet end-to-end through an elk, or trying to wring the ultimate in accuracy from your firearm, the manner in which, and construction of, your bullets make a difference. Hornady A-Tip rifle bullets are purpose-built to squeeze that last smidge of accuracy and consistency from your rifle, and this writer recently plied the bullet maker’s Communications Manager, Neal Emery, for some of the nitty gritty on their new bullets during the Athlon Outdoors Rendezvous in Idaho. 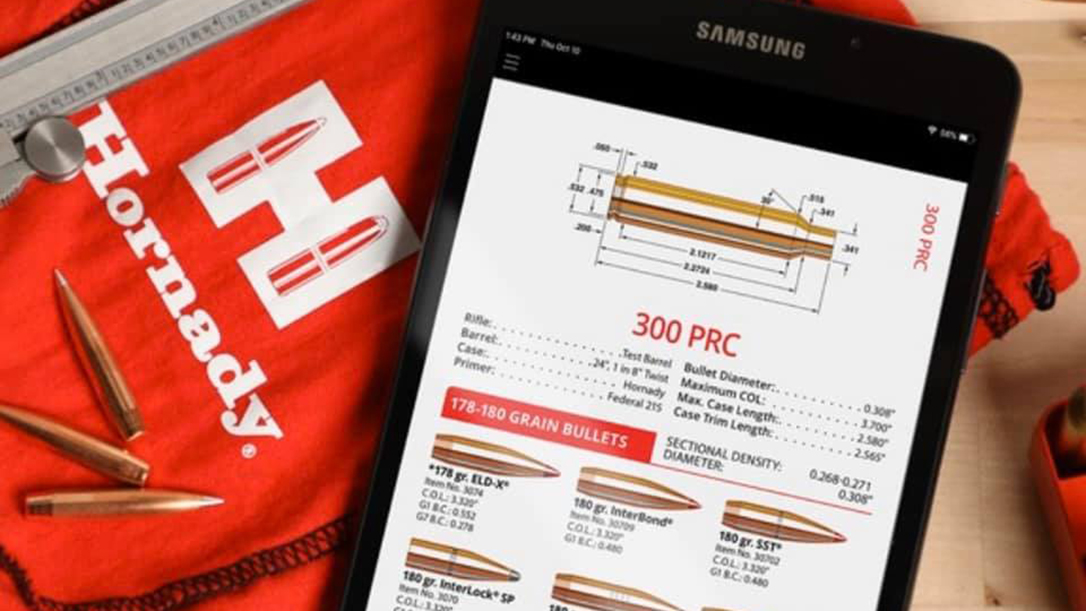 Why come out with the A-Tip when Hornady already has good match bullets?

“Multiple reasons, but the main reason is we’re always trying to make things better, come up with things that improves our product,” Emery said. We were never looking to supplant our ELD Match bullets. The task was given to our core group of engineers to have them come up with the ultimate match bullet.” As they say, ‘if cost is no object’, how would you do it? They drew on everything we’ve done over the last few years, from how we make bullet jackets, tip material, to what we’ve learned with Doppler radar over the past several years; basically use all that to make a bullet.”

What makes an A-Tip superior to a polymer-tipped bullet?

What happens to plastic-tipped bullets at high velocity?

“Aerodynamic heating is something that we’ve known about, that we knew was happening on the meplat of the bullet, but we didn’t know the (down range) effect that it did have,” Emery said. “The conventional way of thinking was that the bullet was flying so fast that it didn’t have time to make a difference.

“It wasn’t until we got Doppler radar and we could see every two feet and we could see how fast it would slow down. We could see that it was slowing at a certain rate and when we were reading it at 200 yards we were seeing the drag go up. When we would shoot a BTHP it wasn’t going up. We went back to the older bullets, like the Amax, we could see it go up. When shooting in a match it matters when the drag goes up a couple hundred yards out. It makes it hard to predict those longer shots. We changed that and we went with the ELD Match tips and they resist heating better. They are much, much harder.”

“One of things that sets Hornady apart is that if you buy a box of A-Tip bullets, they all came from the same set of dies on the same machine,” Emery said. “With the A-Tip, we’ve gone a step further. We’re not even batch processing them. We’re sequentially packaging them. When you open a box you’re getting the first and the next 99 off the press. You can buy a 1,000 pack, and it’s the same. You get the first and the next 999 off the machine. We’re not going to batch tumble them or clean them.

“We’ve included what looks like a Crown Royal bag with the A-Tips,” Emery added. “There might be some lube left on them, and you can put them in the bag and get the lube off. That’s why we include that with the bullets. It’s a felt material that you can use to clean the bullets, if you so choose.”

“These bullets are expensive,” Emery concluded. “We don’t discount them. Time is money, and the time it takes to make these is expensive. On the street these are $70 to $80 a box for 100 bullets. They’re priced similarly to turned copper bullets. They may not be for everybody, but the guys who shoot competitively a little more consistency is worth it. In a PRS match two or three points can mean the difference between first place and third place, and it’s worth it. They are selling better than we expected and we’re happy to see that.”

Hornady adds seven new bullets to their A-Tip line for 2020. Some of the B.C.s are still in question as we post this, but it’s sure that they will be high in comparison to other bullets of the same weight in their respective caliber.

* TC denotes B.C.s that have not been defined as of this writing. 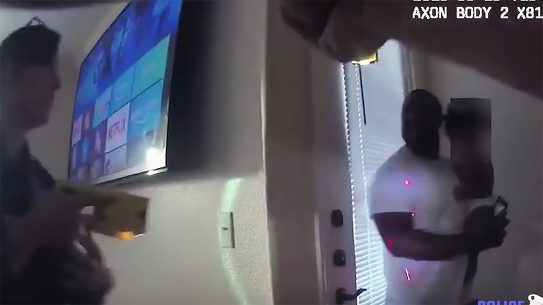 When a domestic violence suspect refused to comply, he picked up a child, but...