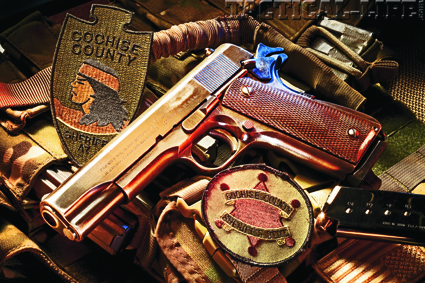 The 1911, and later the 1911A1 (above), proved that the semi-auto was the wave of the future for military worldwide.

It is hard to overstate the significance of the 1911. Although “Old Slabsides” may seem like a traditionalist’s pistol in our era of polymer-framed, striker-fired semi-automatics, the basic design is as viable today as it was when it first appeared in the early part of the 20th century.

In fact, it is important to remember the context in which the 1911 was developed. Although semi-automatic pistols in military service are de rigueur today, in the early days of the last century these types of pistols were considered unreliable, fragile and totally unsuitable for combat use.
It was into this context that John Moses Browning and his unparalleled firearm design stepped. Developed for the U.S. military’s new pistol trials, his design featured impressive reliability and robustness—as well as power due to the newly proscribed .45-caliber cartridge. The pistol that would become known simply as the “1911,” was to blaze a path forward, establishing the semi-automatic as the pre-eminent military sidearm platform and relegating the revolver toward a path into the history books as a military sidearm.

The 1911 also has one other significant feather in its cap—the distinction of being the longest-serving U.S. military sidearm, with a history running from its adoption in 1911 to its eventual replacement by the Beretta M9 9mm in the 1980s. However, it is still in use by specialized elements of the U.S. military even today.

During its tenure, the basic design received a “facelift” that resulted in the configuration with which most shooters are familiar—the 1911A1. Developed in the 1920s, this modification was instituted to address ergonomic “issues” that had arisen regarding the original 1911. This version sported enhancements such as a shorter trigger, scalloping on the frame behind the triggerguard, a longer grip safety, longer-spurred hammer, arched mainspring housing, and a larger sight. 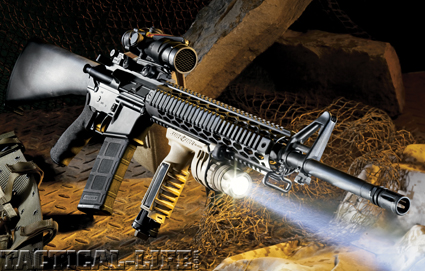