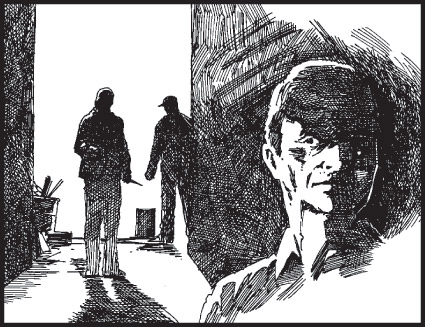 A few years back, I had to go to the Caribbean for a funeral. We’d been warned by locals that the cemetery, which was rather large, a few square miles in size, was becoming a very dangerous place to be. They said they heard that criminals were actually living there and they were robbing and attacking unsuspecting mourners as they’d come through. I found this hard to believe and thought nothing of it, I mean, who’s going to be hanging around a graveyard?

Anyway, we parked our car near the grave we were going to visit about 30 to 40 yards away, and got out walking. My cousin led the way as he knew where to go, while my father, mother and sister followed behind him, and I stayed in the back behind everyone. I’ve had some serious martial arts training so ordinarily I’m pretty confident that if trouble finds me, I’m capable of taking care of myself, but this day things got really shady really fast. As we were walking to the grave I got that “gut feeling” that something was wrong and turned around to check behind me. About 10 feet away and approaching us quickly were three guys with knives in their hands. I realized what a bad location we were in, as nobody would’ve been able to see or even hear what was happening and thought, wow, what a great place for a crime. It was basically like being mugged in the middle of the woods. My adrenaline started pumping like battery acid. I grabbed the first weapon I could find, which happened to be a rock the size of a brick on the ground next to me. As the banditos raised their knives and rushed closer, I got ready to heave this rock at the first guy and figured I’d try to disarm one of the other guys and just fight like Jason Bourne. I knew I was the only line of defense between them and my family. Holding the banditos back or slowing them down would give my family a chance to run. I thought to myself, “this is it.”

Just before making my preemptive attack, I hear my cousin yell “stop” to the three guys, and they all stopped dead in their tracks. Now I’m not real big and he’s no bigger than me, and there were three of them with knives so I couldn’t believe they just stopped. I looked back at my cousin and saw that he had brandished his 9mm semi-automatic that I didn’t even know was concealed in his belt. The scumbags lowered their knives and took off without a word, and I started breathing again. Nobody got hurt, and nothing was taken, but I’ll forever remember what almost happened that day.

Lesson learned: you’re not safe anywhere these days. Better to have a gun and not need it than need a gun and not have it. Since then I’ve got a concealed carry permit and a gun.
—TF, NJ 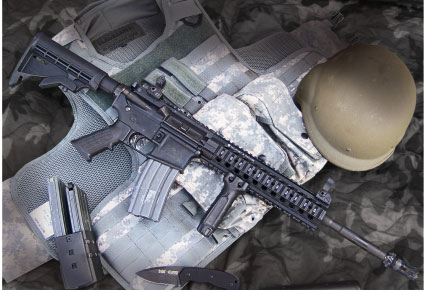 A few years back, I had to go to the Caribbean for a funeral.…