0
SHARES
1
VIEWS
Share on FacebookShare on Twitter
NOTE: The intellectual property of Jeff Cooper is owned by Gunsite Academy and reprinted from Gargantuan Gossip 2 with their permission. Jeff Cooper’s books are available from the ProShop at Gunsite (928-636-4565; www.gunsite.com) and www.jeffcooperbooks.com 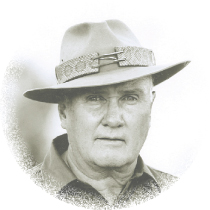 Who now speaks with authority on pistol technique? This question is almost impossible to answer. No one thought much about it up until the conclusion of World War II, and since that time the subject has been complicated by a divergence of objectives between the public and private sectors.

When we opened the Pandora-box of practical pistol shooting in California back in the late 50s, we did not realize that a definite split would develop between those who shot a pistol in search of excellence and those who shot a pistol simply because they had to. The feeling, which we sometimes hear from the mouths of idiots, that “only the police and the military should have weapons,” ignores the fact that the police and/or the military are not likely to achieve any generalized level of excellence (though they indeed may turn out champions of highly specialized efforts). In any exercise in sporting competition only a limited number of champions will develop. It is possible that the techniques they use are not applicable to mass audiences.

We sympathize with the law enforcement people who are faced with the need to train increasing numbers of increasingly incompetent recruits forced upon them by politico-sociological conditions. For example, the late Bruce Nelson was once criticized when demonstrating the modern technique to some cop groups in California on the grounds that he “practiced a lot.” I did not realize then, and neither did he, that people who practice a lot with their weapons may be excoriated as “politically incorrect.”

At the other end of the line we find the contests now put on for the pistol by the International Practical Shooting Confederation have got so far afield from the street application of handgunning that the techniques of the current IPSC champions may with some justification be denigrated by those who feel that the pistol is a primary means of defensive combat.

Then we get into journalistic discussion where “gun writers” have a strong tendency to assume authority that they do not legitimately possess. All too frequently one reads flat statements made in magazines by unknowns who have no real experience in combat, competition, or even in pistol hunting, which is, of course, a specialty all to itself.

The Special Services of the military and the federal ninja also get into the act, though they try to keep the matter pretty much to themselves. On what basis they claim expertise is again open to discussion.

So we get back to the question, “Who really knows how to use a pistol?” I am not prepared to accept the counter question, “To do what?” I am going to stick with the proposition that a pistol is primarily means of saving a life, stopping a fight that somebody else started. The best pistol shot to my mind is the man who can best stop a fight, and his equipment must not be restricted by the half-baked regulations of procurement officers.

I see really good pistol shots perform now and then, but not often, and not in ways that necessarily re-enforce the realism of the technique employed. Truly, pistolcraft has taken tremendous strides in the past thirty-five years, but we have not achieved the perfect solution even yet – mainly because there are two few people asking the right questions.

● Do you know about the standard 3-shot signal? If you do not, here it is:

When you are lost in the wilderness or disabled so that you cannot travel, you break out your watch and fire three shots spaced exactly 60 seconds apart. Then you wait for 15 minutes and repeat the same procedure. Then stop. The idea is that a single shot, or three shots spaced quickly, might be inadvertent, but that three shots spaced precisely apart suggest that communication is being attempted. If anybody hears and heeds, he will note your second series of three and home in on you. If no one hears, it is best to wait a couple of hours until your absence has been noticed and then repeat the procedure.

This is why a hunter should carry more ammunition with him in the field than he will probably need to bring home his venison.

● Among the many dimwitted suggestions of our leftist administration is the one that we hire one hundred thousand more cops. It would seem obvious even to a Rhodes Scholars that one cannot buy high-quality personnel. To be a good cop calls for more, and more varied, attributes than can be expected among the top 25 percent of the population. The figure is probably nearer 10 percent. This is one of those social programs, which cannot be improved by merely throwing money at it. However, because the liberals do not believe that there are any such problems, they will doubtless keep attacking them with the wrong solutions, as has been the case for the last forty years.

● We have noticed a great deal of journalistic exchange on the subject of our using the atomic bomb to end World War II. That is what we used it for and that is what it did. And now we see a whole raft of junior-grade handwringers excoriating the people who fought that war (in their defense) by claiming that the Japanese would have surrendered anyway. Now, nothing in the past can be recouped, but let us get one thing straight, those of us who fought that war and met the Japanese face-to-face, from Guadalcanal to Okinawa, know full well that the Japanese would not have surrendered anyway. I could give you a good number of personal examples of that proposition, but my experience was just that of one man, so I will fall back upon the support of such notables as Douglas MacArthur, Howlin’ Mad Smith, Chester Nimitz, and Harry Truman. To cause the Japanese to stop fighting, an inconceivable shock was necessary. The fire bombing of Tokyo would not do it. The destruction of their air fleet would not do it, and the landing on their home islands would not do it. The atomic bomb would do it, and it did do it, and the whimpers of literary rabbit people who were not even born at the time are not worthy of serious consideration.