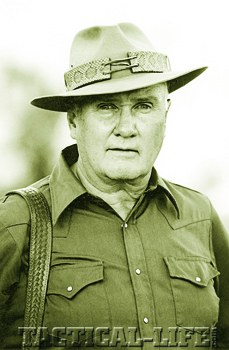 From family member Paul Kirchner of Connecticut we receive the following anecdote: “I recently had an interesting conversation with a Polish immigrant who was driving a cab. I have met about a half dozen Polish immigrants in recent years and they have consistently impressed me—they are better educated and more politically sophisticated than the average American. When I asked this fellow what surprised him most about the United States he said, ‘Affirmative action, bad manners, and the fact that we are more relentlessly propagandized by our mass media than he was in Communist Poland.’”

Einstein’s dictum was that everything should be kept as simple as possible, but no simpler. Following that lead we may say that a race driver must always drive as fast as possible, but no faster. For the marksman/expert shooter this becomes one should always shoot as quickly as one can, but no quicker.
Cases in point will occur to you. One that I remember involved a contest in which I became matched against Thell Reed, who was a true master of the quick draw. I was pretty quick myself in those days, but it did not seem possible for me to catch Thell on speed.

It came to pass that we were matched on the “FBI Duel,” which is a man-to-man contest where the two contestants advance side-by-side against a recording target starting at a range of 25 meters. It is entirely up to the match director to call the firing signal at any point he chooses on the advance, except that there are to be three firing signals at each bout.

So we started at 25, at which distance I thought I might be able to catch Reed, and I did so, since the call came very suddenly—at about 22 yards. The second call came at about 12 yards, and I lost that one. So we were one apiece as we continued the march. The match director was John Plähn, and he decided to put the matter to a brutal test. Ten, nine, seven yards—and no signal. I felt that there was no way I could catch Reed at arm’s length, but I had to try. The interesting thing about this was that the pressure got to Thell too. The firing signal must have come at about 3 paces. I went as fast as I could and got a hit. Thell went just a hair faster than he could, and he missed. He came out of the holster like an electric spark, but his shot went well over the head of the target. Nerves get to all of us, but at that time and that place they got to the quicker man more severely. 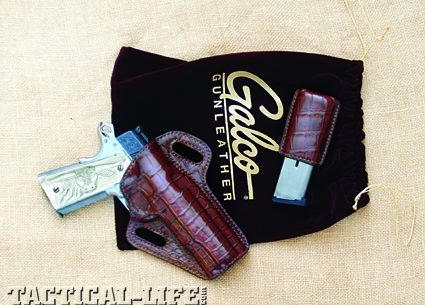 From family member Paul Kirchner of Connecticut we receive the following anecdote: “I recently…