“A hyphenated American is not an American at all. This is just as true of the man who puts ‘Native’ before the hyphen as of the man who puts German or Irish or English or French before the hyphen. Americanism is a matter of the spirit and of the soul. Our allegiance must be purely to the United States. We must unsparingly condemn any man who holds any other allegiance.”—Theodore Roosevelt, October 12, 1915.

Bear contacts seem to be on the increase throughout the United States, which upsets some people very much. That state of mind which holds that any problem whatsoever may be solved by passing a law is hard put to think up any sort of law that can be passed about bears. Certainly we do not want to exterminate the beasties, but on the other hand, we do not want innocent non-combatants chomped up.

A contact report comes from the Kluane district of the Yukon, a country I hunted extensively as a youth. It was then good grizzly country, and I took three prime trophies, as grizzlies were considered vermin at that time, much like the way lions were in Kenya. Apparently this is still a good region for bears, as in this recent case, a girl was backpacking alone when she ran into a half-grown cub which killed her. (The news account said 130 pounds. This is not full grown for a grizzly.)

Clearly the only action that can be taken is in the mind of the tourist. If this poor woman had been familiar with the Gunsite bear rules, and had observed them, she would have been all right. Modernism, of course, has a lot to do with this. When I knew the Yukon, no woman would have been walking alone in it, nor any man without an adequate rifle. Times have changed.

Consider the opinion that now the 12 gauge shotgun slugs are completely practical to a range of about 100 meters on light game. This distance is not realistic, however, in bear defense situations. You can certainly hit a bear at 100 yards, but our Alaskan friends tell us that you probably will not hurt him much with a slug. Remember that the bear cannot hurt you unless he can touch you, and that means that you should restrict bear defense shots to 25 paces or less. Well-made slugs will penetrate at that distance, and there is enough mass there to do the job.

The British, as well as the Australians, have been so upset by the misuse of firearms by certain madmen that they are scurrying around endeavoring to pass laws in amelioration of this nasty phenomenon. If the situation gets much worse, they may eventually decide to pass a law against murder, but that is too bizarre a solution for the age of the wimp.

Those who think that legislation is the answer to firearms violence should consider Bogotá, Colombia. As you know, Colombia is a fairly violent community at this time. Note, however, that while everybody is armed and everybody is aware of the problem, there is a social taboo about shooting anybody in the bull ring. This is not a matter of statute, as I understand it, but rather of custom. On Sundays during the bull season there has to be a place where people can go and concentrate on things apart from watching their backs. You cannot concentrate on the matador or the bull if you are continually watching over your shoulder. Therefore, all hands—good and bad—have accepted the idea that you do not shoot people in the bull ring. It seems a viable consensus is what is needed.

All of the faithful maintain perfect zeros all throughout the year. But for those of us who are not perfect, now is a good time to get out to the range and get those rifles to hitting exactly to where they are pointing. It is true that when our chance comes the range may be so short that an inch or two one-way or the other is not important, but we must not count on that, and besides, zeroing is fun. We must remember, of course, that zeroing at home does not preclude zeroing at base camp. Scope-sighted rifles can easily go cockeyed between residence and hunting camp.

At a meeting of the NRA Board of Directors it was pointed out that the legislative victories of 1994 appear to have created a certain smugness amongst our friends who think they have won the fight. They, and we, have not. Our adversaries are well organized and wealthy, and they are confident that they can win back both the House and the Senate. Your vote can make a difference, and don’t forget it. In addition, remember to write your Congressman, your Senator, your newspaper editor and your television station no less than once a week.

Thomas Sowell, whom we consider to be the most perceptive of commentators, states that the majority of his hate mail comes from school teachers and “conservationists.” The material from the school teachers makes the least sense, and that from the bunny huggers is the most vituperative.

The lefties have been making a great to-do recently about this matter of separation of church and state, which appears nowhere in the Constitution except in the sense that the federal government is prohibited from establishing a state religion. Mr. Jefferson seems to have invented the idea of a “wall of separation,” which he thought desirable in avoidance of something such as the Church of England.

Considering the present state of our educational system, it might seem that a wall of separation should probably be erected between school and state. At the present time, our schools appear to be run essentially by the teachers unions, to the disastrous ignorance of our young people. It is by no means clear that the church could do worse than the state in running our schools. About the only way they could go would be up. 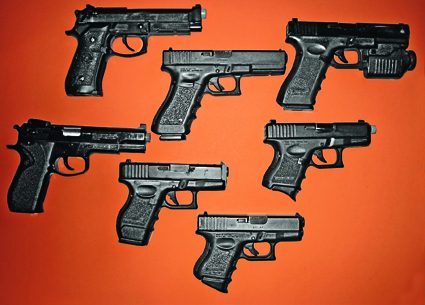 “A hyphenated American is not an American at all. This is just as true…