I have a correspondent who insists that the Steyr Scout should be equipped with a flash hider, pointing out that if people can detect your flash, they may shoot back at you. Well, in the first place, if you shoot carefully your target is not going to be able to shoot back at you. Secondly, the whole purpose of the Scout is reduction in bulk. You do not want to hang things up there on the front end.

● We find it curious that so many people worry about the price of rifles without ever worrying about the price of shotguns. We also find it curious that a great many shooters seem to think that the purpose of the exercise is the ownership of a great many cheap firearms. Well, to each his own, but I have been chastised by a good many correspondents who think that it would be a good idea to produce a cheap scout rifle. I wonder if such people inform Porsche AG that it would be a good idea to produce a cheap Porsche. My child, the Steyr Scout, is indeed expensive, though somewhat less so than the creation of a high quality custom scout. Riflemen who are really strapped (and truly I feel for them) need look no further than the Enfield No. 4, which is a far better gun than the SKS and which can be had for considerably less money.

● Nobody needs a scout rifle. Nobody needs a Ferrari. Nobody needs a box at the opera. And nobody needs an Aerostar. The question is not what you need, but rather what you want—and how much do you want it. In my own view, it is better to own one really good rifle than six or eight approximations. But that is just my view, and people with other opinions are welcome to them.

● There is also a worldwide preoccupation with fully automatic, hand-held fire. The “spray-and-pray” concept may be held in contempt by sophisticated shooters throughout the world, but there are not many of those. Most people in the press and law enforcement seem to feel that a whole lot of shots, hit or miss, is preferable to one well-placed hit. We cognoscenti know better than that, but we are in the minority.

● In regard to all this foolishness about global warming, we notice the following: “The irony of the information age is that it has given new respectability to uninformed opinion.”—John Lawton, 1995. I suppose we cannot properly blame these developments on Bill Gates, but the temptation is there.

● We ran into a pleasant interlude up in Vermont which emphasized the wisdom and social utility of the Vermont firearms laws. It seems that some foreigner from down below was in a supermarket when he observed one of the customers wearing a pistol openly. He got all flustered and immediately called 911. In due course a cop showed up and located the complainer, who pointed out the “culprit.” The cop agreed that the man really was carrying a pistol, and then he asked what the problem was. I suppose the poor fellow rushed off out the door and went back where he came from. Obviously the state of Vermont was too dangerous for him.

● In an age when senior academicians are preaching that there is no such thing as objective truth, and that history is better understood as a collection of attitudes rather than facts, we discover to our horror that there are educators currently using popular movies as historical source material! As a history student myself, I am well aware that “getting it right” is difficult, and in many cases impossible, but that does not mean we should deliberately falsify things about which we can be reasonably certain. James MacDonald Fraser pointed out in a recent essay that the movie Braveheart was the worst travesty of history he had seen in recent times. Rob Roy and Amistad were not far behind. The cinematographers maintain, with some justification that their purpose is to entertain, not to educate. Nonetheless, they should remember that we have several generations of spectators who will not read, and who, therefore, take what they see on the screen as fact. When a producer maintains that he should never let the facts stand in the way of a good story, he really should examine that story and make sure of his ground. Only too frequently what actually happened, insofar as we can make out, was more glamorous and more exciting than the imagination of the scriptwriter could dream up. Of course, history is not usually “politically correct,” but that is all to the good. 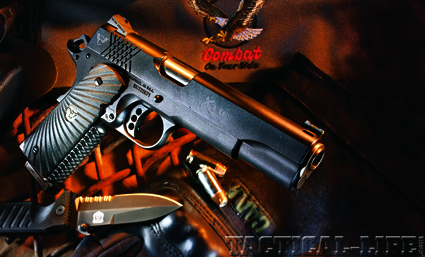