In a rifle class the question was posed as to at what age should you introduce your son to his rifle. The Countess came up with the perfect answer (as she usually does), which was, “when his voice changes.” The next question was, what do you mean by introduce? As I see it, the young man should be given his weapon, thoroughly instructed in it, and then made responsible for it. By choice he should keep it in his room and maintain it spotlessly clean and ready for inspection at all times. It should become his “Linus blanket” to provide him with moral support when skies are dark.

This program, of course, implies properly raised children, which seems to be confusingly rare today. Joe Foss, the authentic hero, tells a tale upon himself. When he was given his first rifle he was allowed to take it out and use it by himself, though not in company. Tempted beyond resistance, he let go and fractured a ceramic insulator on a power line. For this sin he was grounded for a year—a truly awesome penalty. At age 14 a year is forever, and Joe had full time to ponder upon his precious rifle locked away in his father’s closet. It is not necessary to use tranquilizers to “train up the child in the way he should go.”’

● It appears that many shooters do not understand about the evolution of the Modern Technique of Pistolcraft—nor, as to that, about the technique itself. Herewith a quick synopsis:

In the beginning the pistol was a cavalry weapon—an attempt to extend the reach of both saber and lance. Thus it was a tool to be used with one hand, the other being needed to control the horse. Quickly, however, it was discovered to be the equalizer, as effective afoot as “ahorse.” Despite this, its ancestry ruled for a couple of centuries, and armies continued to regard it as one-handed clear up into the late 20th century.

Then came practical shooting, the revolution, and the one-hand gun evolved into the two-hand gun. The revolution was born in Southern California, at Big Bear Lake, and I know about it because I was intimately involved in it.

When recovering from a shattered radius at the Marine Corps Base in Quantico in 1947, I “audited” the F.B.I. Academy and ran right into what the Bureau called its “Practical Pistol Course,” which, while hardly practical, was a great step forward from conventional target shooting. In company with Howie Tatt (then captain, later colonel) I dreamed up a military course of fire for the pistol, which was especially suited for infantrymen of all grades whose duties precluded the packing of a rifle—drivers, mechanics, tankers, artillerymen, staff officers, etc. Target shooting did not do this. We sought improvement. 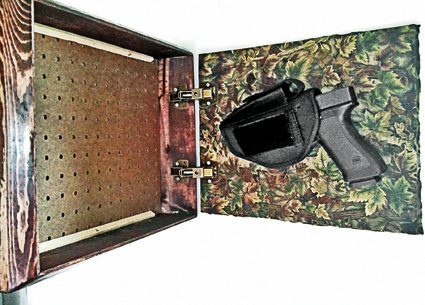 Here are the latest pieces of tactical gear and accessories that grabbed our attention.