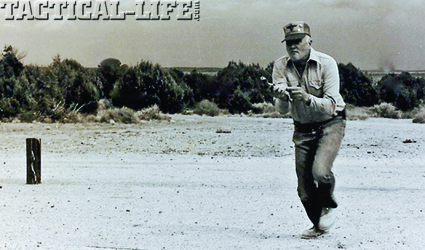 Shooting Master John Pepper points out to us again that one does not look through a telescope sight, but rather at it. The image of the target is projected upon the reticle so that both image and reticle are in the same plane. This is the principal advantage of a telescope sight.

Enemy at the Gates was a particularly clumsy title, but the film itself had some good points. One must never take a movie as an authoritative glimpse of history, but the thing that was quite apparent in this case was the shortness of the ranges involved in the shooting. The notion that sniping is conducted “way out there” is quite common, but perhaps not quite sound. In the ruined city of Stalingrad it is unlikely that anybody ever took a long shot. The action was mainly a matter of “across the street.” Thus these fantastic machines that are turned out now as “sniper rifles” may be artifacts in search of the wrong goal. “Minute of moose,” to use John Gannaway’s phrase, is more to the point. As always and forever it is the man, not the machine that achieves the results. It is the shooter not the rifle that gets the hits.

People who study these matters tell us that we should change our pistol ammunition about every six months. I suppose there is justification in that, but I have had occasion to use World War I pistol ammunition with complete success, though I would not suggest this as a policy to be pursued. 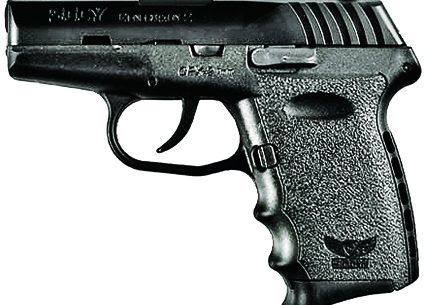