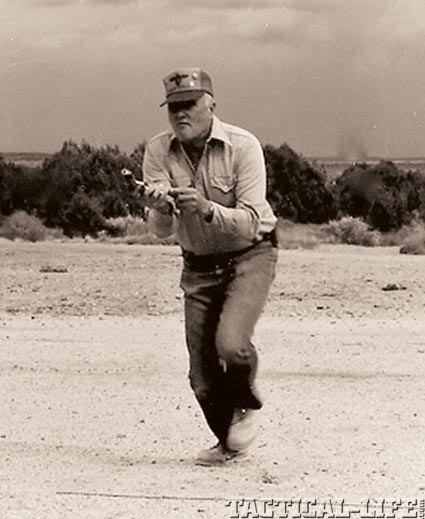 Many Americans do not realize that under Article VI of the Constitution, a treaty made with a sovereign power may supersede the Constitution in relevant particulars. As you know, the current head of the U.N. is vigorously advancing the notion that the personal ownership of firearms should be prohibited worldwide. The U.N. is, of course, a supranational organization and has no interest in national sovereignty. In fact, if the U.N. were effective, it would do away with national sovereignty. In this matter the United States stands alone in its support of personal firearms. We are surrounded by many score two-bit nations who have no interest in either our sovereignty or theirs. Those nations have no interest in the personal ownership of firearms and would swamp us if the matter were put to a vote. Thus the United Nations should be considered a force hostile to the best interests of the United States and treaties with it should be regarded with suspicion.

We were quite right to reject the Kyoto Protocol, but that simply infuriates the great majority of the socialist nations that make up the U.N. This is a point to bear in mind. The U.N. is not our friend. The United States has few friends in the world. Your taxes support these people in large measure and it is very hard to forgive someone who has done you a favor. The fact that we were thrown off the U.N. Commission on Civil Rights is a perfect example of this. The U.N. Commission on Civil Rights is composed of nations whose idea of civil rights approximates that of the weasel in the hen house.

● The foundations of the modern technique of the pistol do not seem to be as pervasive as they should be. We recently saw a presumably authoritative “gun writer” claiming that one could never use the front sight in a pistol action because “there was not enough time.” I heard that same argument several generations ago from a man who was at that time in charge of pistolcraft at the FBI Academy at Quantico. I was able to convince him of the error of that position on the range—or so he said—but perhaps his influence is no longer dogma. We should not, of course, class hobbyists with civil servants, but what the hobbyist can do, the civil servant can do also—if he is properly instructed. The really depressing viewpoint is “They’re not going to do it right, so let’s teach them to do it wrong.” As was established long ago, speed comes from smoothness. Once a student learns to be smooth, he will be fast, and he will be plenty fast enough, assuming he has established the right mind-set. To state that there is not enough time for it, I suppose you know that the proper rhythm for shooting the Presidente is not one-two, pause, three-four, pause, five-six, but rather one, two, three, four, five, six. When I brought that drill home from Guatemala, I shot it in pairs until Ray Chapman showed me that I would get both better hits and better time if I shot it in one, smooth string. Nowadays I can sit up here in the Sconce and listen to the people down there on the range doing it wrong.

● Guru say: “Getting shot is no achievement. Hitting your enemy is.”

● We are continually amazed by these disgusting shootings on the street in which the punk goes dry and reloads while spectators just watch him. Wouldn’t you think the first response of a bystander in such instances would be to grab the punk when he is reloading? The basic question in teaching tactics is, “What if?” You always keep asking the subject what he would do if such-and-such happened. What if this? What if that? Apparently these people on the street never get that far intellectually.

● We are often asked about this “flat shooting” pistol technique employed by the Israelis, who teach that one should rotate the pistol 90 degrees counterclockwise when shooting. The reason for this is that the Israelis teach that the pistol should be carried in Condition 3, with no round in the chamber, and that the action should be racked when the piece is presented. The theory is that it is easier to rack the action when the pistol is turned flat on the side this way. This may be true for people with limp hands, but we have never noticed it here at the school. It certainly does not enable you to shoot better, for various geometrical reasons which, will occur to you if you think about them. The Mossad people seem to do rather well in street fights, but this is far more due to attitude than to technique. As we have often pointed out, man fights with his mind; his weapons are incidental.

● I have always felt that summer is best used as preparation for autumn. Now is a good time to get out to the range and check the rifle you intend to use come hunting season. Be sure to check all telescope mounts. Those screws can back off, and often do. We just now read of a renowned international hunter whose effort was ruined (in front of witnesses, no less) when he discovered that his rifle was “shooting elsewhere.”

● I am sure you have noted how often even very experienced outdoorsmen are totally unaware of the effect of gravity on bullet trajectory when the piece is fired either uphill or downhill. It must be that somebody long ago decided that since you are working against gravity when you shoot uphill, you must compensate by holding high. This has a certain superficial merit, until you study it with proper care. When shooting either uphill or downhill, the effect of gravity on trajectory is the same and needs be allowed for only under the most extreme conditions. To check this you will have to find some remote western canyon where you can arrange to address a target at least 300 meters away and with an angle of departure of at least 45 degrees. This may not be easy to find, but it hardly matters, since before you notice any gravitational effect on your shot, you will find that your natural dispersion is greater than your bullet drop. Most shots in the field are taken within a few degrees of horizontal and, if you are using a cartridge of moderate velocity, your marksmanship skill is far more significant than any geometric pre-calculation.
NOTE: The intellectual property of Jeff Cooper is owned by Gunsite Academy and reprinted from Gargantuan Gossip 2 with their permission. Jeff Cooper’s books are available from the ProShop at Gunsite (928-636-4565; www.gunsite.com) and www.jeffcooperbooks.com. 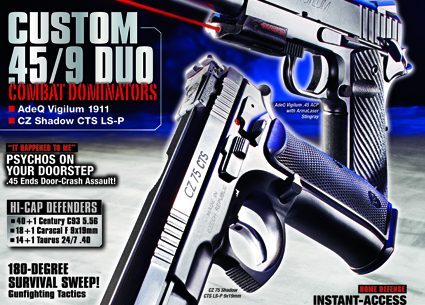 Many Americans do not realize that under Article VI of the Constitution, a treaty…