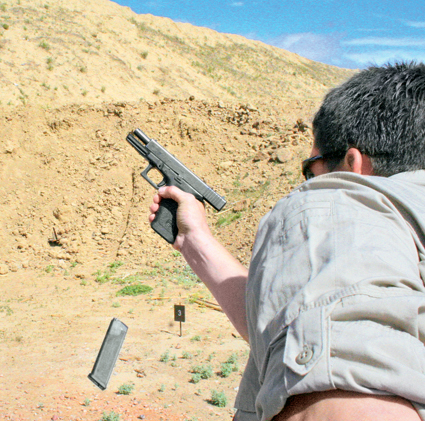 Refining tactics like speed reloads under the stress of a tactical training environment can hone real-life combat skills.

As a long-time professional trainer, I have for some years noted that the number of Glocks used by my students has continuously increased. In fact, it has proliferated to the point where, at all levels of the training I offer, more than 70% of them use it in one version or another.

Previously, this honor was held by the M1911, but though it remains a fine pistol, “Old Slabsides” has by a substantial margin slipped to the number two position. Some claim amazement that such a thing could have happened, but I really wasn’t surprised. The M1911 is nearly a century old, whereas from a historic standpoint, the Glock is a relative newcomer. 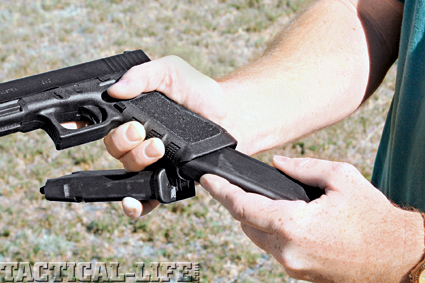 The tactical reload, where a partial magazine is swapped out with a fresh one and kept in reserve, is an example of defensive skills.

In fact, the Glock is the only really new design to appear since the 1930s, so why shouldn’t we expect it to be superior? If a revolutionary new design performs as well as expected—and the Glock has—why shouldn’t it be regarded as being better?

Long resistant to the idea of carrying a Condition One (Cocked & Locked) single-action auto like the M1911 .45 ACP or Browning P35 9mm, the vast majority of American police officers have for decades “made do” with other designs, but the coming of the Glock changed all that. Nowadays, more than 70% of the law enforcement agencies in the U.S. carry some form of Glock. No other self-loading pistol has even come close to such proliferation. 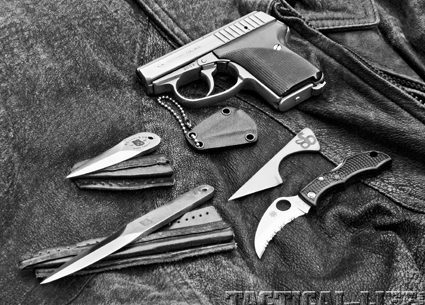