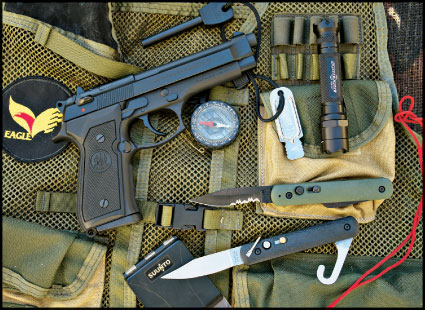 In 1958, the US Air Force adopted a medium size, two-blade folder with bright orange handle scales as the “MC-1 Aircrew Survival knife.” Along with a folding parachute “shroud-line cutter,” the MC-1 featured an auto-opening 3.13-inch clip-point utility blade. As Air Force survival knives are designed for emergency exits from planes, most are carried daily but, hopefully, never used. Despite that, owning an MC-1 became a bit of a status symbol in the Army Airborne units I served in back during the 60s. Much of that status derived from the fact the Air Force was being issued equipment that the GIs who actually jumped for a living weren’t! 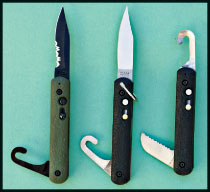 At various times, the MC-1 was made on contract by Schrade Walden, Camillus Cutlery, and a mysterious company called “Logan/Smyth” that no one seems to know anything about. Schrade went under several years ago; Logan/Smyth seems to have disappeared right after their contract was completed, and Camillus is of uncertain status. Thus, it would seem like an ideal time for a new company to pick up the MC-1 contract from the Air Force. Enter long-time American knife producer, Colonial Cutlery. 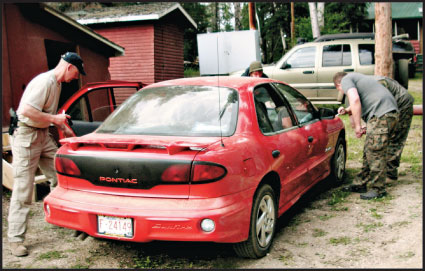 In 1958, the US Air Force adopted a medium size, two-blade folder with bright…