Ammo liability paranoia used to afflict only police administrators. Now, it seems, it has spread to armed citizens. 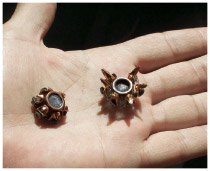 Fear Of Hollow Points
Take a look at the NYPD, one of the last big police departments to adopt hollow point ammunition for their service handguns, late in 1999. For decades, that department’s highly qualified FTU (Firearms and Tactics Unit) had recommended hollow point ammunition to the top brass at One Police Plaza, but for political reasons, permission was steadfastly refused. One commissioner famously said, “I won’t be the one that issues dum-dum bullets to the NYPD!” File it under “ammo liability paranoia.”