The comment; “If you just live a good life no one will want to attack you or hurt you,” really struck home and brings to mind a senseless incident that occurred over 30-years ago, which still bothers me to this day.

A wife and her husband were driving home late one evening after having dinner with another couple. They had dropped off the other couple, who happened to be the parents of a high school classmate of mine, at their home. As the husband was backing their sedan out of the driveway of this quiet upscale neighborhood, they were accosted by a group of armed robbers who forced them out of their car and spread-eagled them on the pavement in the middle of the street. Both the wife and her husband complied with the robbers’ demands and as both victims were helplessly lying face-down on the pavement, for no apparent reason, one of the robbers shot the wife in the back with a shotgun, leaving her to die on the pavement.

While both victims happened to be in the wrong place at the wrong time, the area of this senseless and brutal murder occurred in one of the better parts of the city, where a “shack” then ran upwards of $100,000 and would now run into the millions. Both victims complied with the robber’s demands and the only reason I am aware of as to why she was murdered was racial motivation. I remember the press accounts of the incident, one of the robbers was quoted as saying something to the effect of: “…shoot the bi*ch!”

I knew both of the victims. The wife was a sweet and kind woman, whose husband was a professional. They had a long and happy marriage together for over 20-years, going back to the beginning of WWII. Obviously her husband was severely traumatized by the event, probably for the rest of his life.

Unfortunately, bad things sometimes happed to good people. The wife and her husband were in a “good” neighborhood where armed robberies rarely occurred. They complied with the robbers’ demands and didn’t resist, yet for whatever reasons the wife was brutally slaughtered with her husband laying next to her helpless to protect her.
—JB, CA 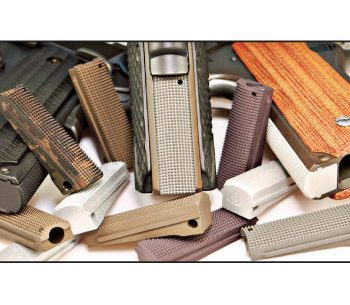 The comment; “If you just live a good life no one will want to…