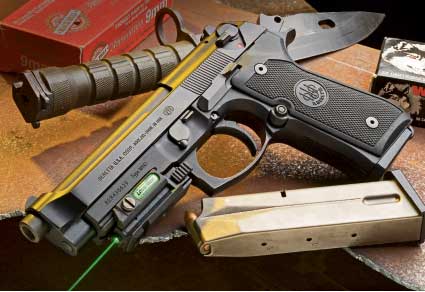 It has been over 20 years since the Beretta M92F was adopted as the replacement for the venerable M1911A1 and despite some early controversy, the Beretta has met the expectations of all US military forces that use it, although some special operations units continue to use customized M1911A1s. The original 92F was essentially a modified and upgraded Model 1951 (951), whose design dates from the late 1940s. The Model 92 went into production in 1976 and was adopted by several military forces before entering US service. The original 92F was replaced in production by the 92FS with the same M9 designation in 1990. The 92FS corrected some early complaints about the pistol and has been in service unchanged ever since. The M9/92FS is one of the smoothest functioning pistols in existence, thanks in part to its dropping block locking system that was adapted from the Walther P38. The open slide design makes for easy maintenance and clearing any stoppages that might occur. The barrel is hard chrome lined, a feature that enhances reliability and makes cleaning simpler because fouling doesn’t stick to it. Corrosion is likewise not an issue with a chrome-lined barrel. Finally there’s the M9’s magazine capacity of 15 rounds, more than twice that of a 1911. 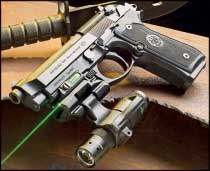 The M9 has been criticized for lack of reliability, but the facts speak otherwise. In response to early criticisms, the Army conducted testing at Aberdeen Proving Grounds, Maryland, with results that should silence all those who doubt the M9’s reliability. M9 frames lasted an average of 35,000 rounds. Locking blocks went for an average of 22,000 rounds, while slide life averaged for 75,000 rounds. This is essentially a lifetime of shooting. As to malfunctions, documented tests of M9 pistols revealed that, using military specification ammunition, the M9 averaged only a single stoppage in 17,500 rounds. All in all, the only controversy regarding the current iteration of the M9 is magazine reliability, which is no fault of the pistol, but of the US Army that insists on buying magazines from a non-Beretta source. A word to the wise, if you are getting ready to deploy to the Sandbox and expect to be issued an M9 or M9A1, get some factory magazines or those made by Meg-Gar. 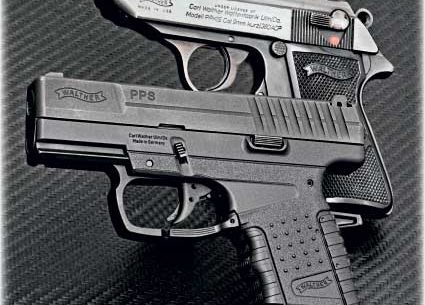 The Walther PPS 9mm is a new slim and thin sub-compact pistol. Could it...