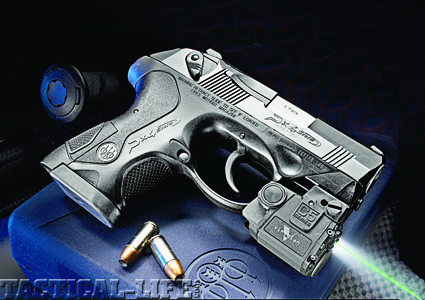 The demand for small, concealable handguns is greater than in any time in the past. With the liberalization of concealed carry laws, responsible citizens are seeking that ideal handgun they can discreetly carry while going about their daily routine. Law enforcement officers and other armed professionals in need of a hideout piece continue to represent a big piece of this market. It comes as no surprise that most every manufacturer of handguns has taken an aggressive approach in the development and marketing of smaller defensive handguns.

A few years back, Beretta introduced the revolutionary service size Px4 Storm pistol. As is often the case, Beretta took a “wait and see” approach to assess the Storm’s reception in a very competitive market. When it was clear they had a winner on their hands, it was inevitable that Beretta would soon be breaking out smaller versions of the Px4 Storm pistol.

The Px4 Storm Sub-Compact is now a reality. The “Baby Storm” shares many of the same qualities of the parent pistol, although there are a few major differences. I’ve had the good fortune of checking out this latest version of the Storm, which remains true to Beretta’s reputation for reliability. 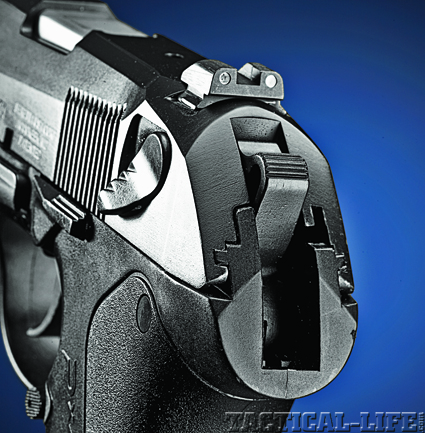 The Px4 Sub-Compact was chambered for the world standard 9mm and was set up with Beretta’s Type F trigger action. Type F pistols are traditional double-action pistols with a long, relatively heavy stroke for the first shot and a short, light stroke for subsequent shots. Once the pistol trips to single-action, the hammer can be lowered to the frame by sweeping the slide mounted, ambidextrous safety lever down. With the lever in the “on safe” or down position, the pistol cannot be fired.

Some experts feel that in the event of a disarm, the “on safe” pistol may buy just enough time for the legitimate user to employ other force options or regain control. With practice, the safety can be “snicked off” and returned to the fire position as the gun is drawn from the holster and brought up on target.

Initial production will consist of 9mm pistols with the Type F lockwork. A .40 caliber variant will be offered later this year. Eventually, the Px4 Sub-Compact family will include all the Beretta trigger/safety combinations, including decocker only and double-action-only.

To build the Px4 Sub-Compact, Beretta mated a techno-polymer frame to a steel slide and barrel. The 3-inch long barrel is rendered from stainless steel and has a recessed crown to protect the muzzle from damage. Its slide rides on a pair of steel rails that look to be extremely robust. Fore and aft cocking serrations are milled into the slide and a non-reflective black Bruniton coating is applied for protection against the elements.

So what makes the “Baby Storm” special? A stumbling block for many contemporary pistols is the grip circumference. Consumers demand high capacity but that comes at a price, which means a good-sized handle. This isn’t a problem for many shooters, but small-handed users are often challenged.

To solve this dilemma, Beretta has equipped the Storm Sub-Compact with two interchangeable backstraps. Needless to say, the smaller of the two is just the ticket for users with small hands. With the aid of a flat screwdriver, one can easily swap out the backstraps to optimize hand fit.
The magazine release is reversible and two different sizes can be had as an option.

A extended slide catch is also available as an option. Magazine capacity is 13 rounds, which gives the Storm an edge over like-size competitive pistols. Higher capacity full-size Storm magazines will also work in the Px4 Sub-Compact. 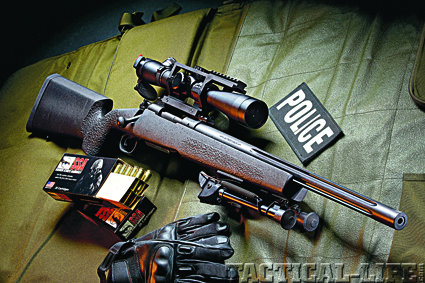