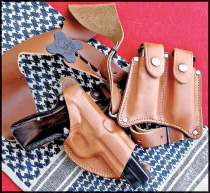 It was a Sunday night and I was unwinding after completing a semester at University College London, where I was a graduate student. I was looking forward to my four-week term break and planned to travel in Scotland with my girlfriend. However, a friend asked me to meet him at a pub near Chelsea Barracks, which was frequented by a few regulars from 22nd SAS (Special Air Service) assigned to Chelsea Barracks and some of the Territorial Army (TA Reserve) members of 21st SAS.

When I arrived I was introduced to the head of the protection team for a Middle East royal resident in London. The principal was returning to his home country and his protective team was augmented by a couple of extra guys going with him to provide armed security. Unfortunately, one of the augmentation guys had been in a motorcycle accident and I was asked to fill in for three to four weeks.

I knew I would have an unhappy girlfriend, but the pay was extremely good and by filling in, I kept the job open for the injured team member. Once I had accepted, the team leader asked, “Are you current on the L9A1, mate?” I was since that is the British military designation for the Browning Hi-Power. Had he asked about the P35, GP, HP or BAP, I would have answered affirmative as well since they are all designations for the Hi-Power. I would expect an Irish accent for the BAP since that designation is generally used in the Irish army. 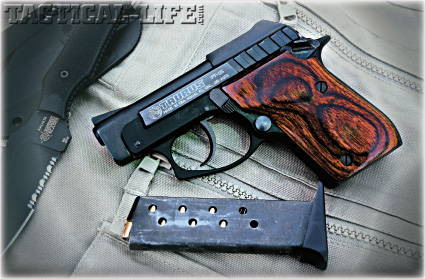 The Taurus Model 25 is an effective and concealable .25 ACP roaring mouse gun!