0
SHARES
2
VIEWS
Share on FacebookShare on Twitter
The details of a personal defense scenario are always difficult to piece together. While it’s important to have a dependable firearm when you need it, it helps to have a knowledgeable support system you can count on when you need them as well.

Richard Davis, the man who invented soft body armor, became among other things the most pro-Second Amendment figure in the industry he created. I’m proud to call him a good friend. He’s a generous guy, with a long and quiet history of helping good people in trouble. When he and I were discussing that once long ago, Rich made a remark I’ve never forgotten. “Massad,” he said, “one of the things I learned in the Marine Corps was, no one person can do it alone.” 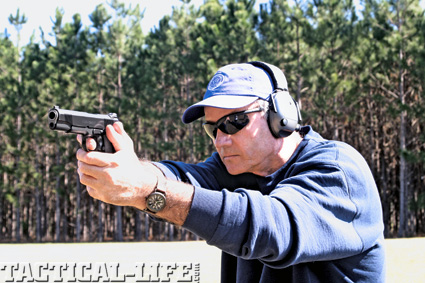 I was reminded of that recently when I had a murder case where the accused was an armed citizen who, as I read the evidence, fired the fatal shot in legitimate self-defense. This incident was going to require some very unusual ammunition for replication and testing prior to trial. One phone call to Rich, a collector of exotic arms and ammunition, and I had some exemplar cartridges on the way. He gave me the phone number for mutual friend Bruce Alexander, the machine gun expert, and there was more en route. Soon, the test was done. Can’t talk in more detail—it hasn’t come to trial yet—but there’s something to be said for knowing whom you can go to when the chips are down.
Industry Cooperation

In Case One, a Midwestern law enforcement officer was criminally charged in a fatal shooting. He had been outside the suspect’s vehicle when the driver became violent and made a move as if to draw a gun. The officer did as he was trained to do in such circumstances—he drew his Glock 22 and fired, killing the driver. The driver turned out not to have had a gun, and was apparently trying to hit the cop at the door with a different deadly weapon… a hammer.