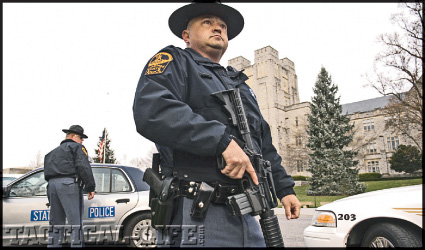 Speak of school violence and the topic of conversation will almost always turn to the Columbine High School shootings of April 20, 1999. Although Columbine was not the first school shooting incident, it was one of the most horrific and shocking cases of gun violence on school grounds.

Following the Virginia Tech shooting on April 16, 2007, school administrators, teachers and students began frank discussions about the legality of concealed firearms and the inherent right of self-defense on school campuses. In order to understand the current regulations governing concealed carry on campus, one must understand past efforts to legislate and control the issue of weapons in schools.

1990 Gun-Free School Zones Act
On November 29, 1990, The Gun-Free School Zones Act of 1990 was enacted as section 1702 of the Crime Control Act of 1990.1 The act prohibited any individual from knowingly possessing a firearm on school grounds, or within 1000 feet of a public, parochial or private school. Although there were exemptions to the law, the resultant effect was the creation of large portions of urban areas where firearms could not be legally possessed.

Consider the case of Alfonso Lopez, Jr., a 12th grade high school student from San Antonio, Texas who brought a handgun and five rounds of ammunition to school. The firearm was discovered and Lopez was charged with violating the Gun Free School Zones Act. At trial, Lopez’s attorney argued that the law was unconstitutional. The district court disagreed, and Lopez was sentenced to six months imprisonment, two years of supervised release, and a $50 fine.

Upon review by the US Supreme Court, the court determined in a 5-4 decision, that the possession of a gun in a local school zone is not an economic activity that has an impact on interstate commerce, and that Congress failed to sufficiently show a link between gun violence in schools and interstate commerce.2 The Gun-Free School Zones Act was ruled unconstitutional. 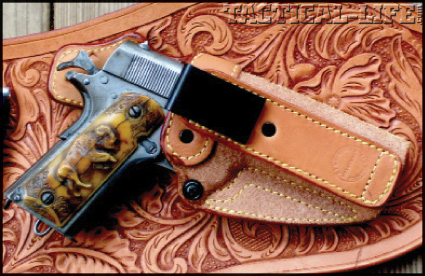