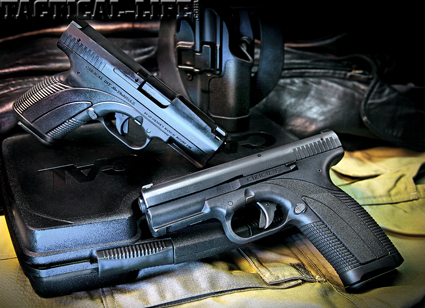 That dialog/scenario between a gun guy friend of mine pretty much sums up the conversation and experience I had with everyone I showed the Caracal pistols to. Well, except my wife. When I told her it was made in Abu Dhabi she said, “Hey, that’s the richest city in the world—very cosmopolitan.” She obviously doesn’t think like me and really didn’t care where the gun came from, especially after she shot it. She just knew she liked it.

I mention these reactions up front because given the current geo-political landscape, anything with a Middle Eastern relation is suspect, particularly by patriotic, gun-loving Americans. Gun owners are in general very patriotic and supportive of the U.S. military. The last thing we want to do is to not support the troops. That’s not the case with Caracal International. 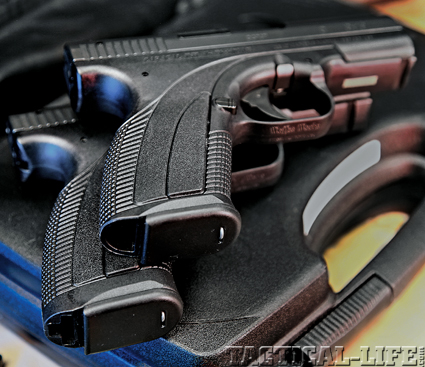 All of the edges and corners on the Caracals were radiused or rounded off, making the pistols well suited for concealed carry.

Enough of this though—my job as a firearms journalist is not to delve in to politics but to evaluate firearms and report on how they perform. The Caracal pistols are imported into the U.S. by Waffen Weks for Caracal USA. I recently received two test samples: A Model F and a Model C, both in 9mm. 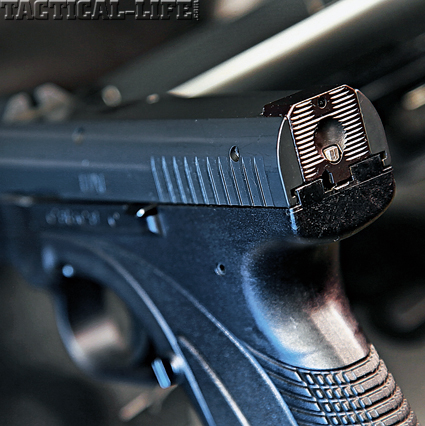 The rear sight of the Model F Caracal is integrated into the breech face of the slide. Note the exposed cocking indicator at the back of the slide.

Gun Details
Mr. Bubits of Steyr M series fame designed the pistols. The U.A.E. bought the design from him as well as hired him to set up production. The F Model is the service-size handgun intended for duty use by the military and police. In 2006 the Caracal Model F passed all the relevant testing performed by WTD 91, the technology competence center for weapons and ammunition used by the German Federal Defense Force, or Bundeswehr. A pistol that is capable of passing the tests conducted by the Bundeswehr, which includes NATO D14 testing, deserves attention. 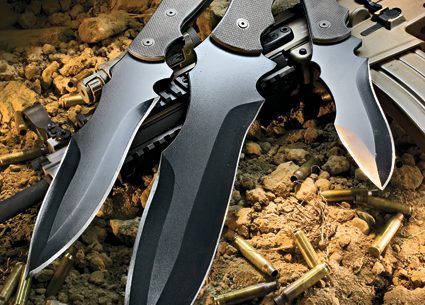