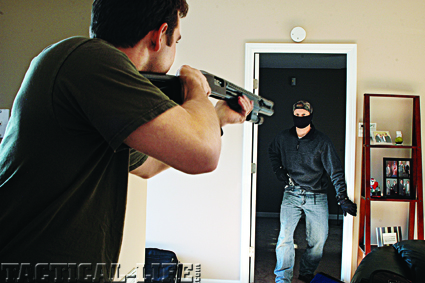 At its core, the Castle Doctrine is tied to self-defense. If someone tries to enter your property to hurt you or someone inside, you have the right to stop them.

Starting in the ’90s, the past several years have seen a tremendous change in law governing the use of firearms for self-defense. Starting with the concealed-carry revolution, which has led to 48 of the 50 states now issuing carry permits, the latest move has been the introduction of laws governing the so-called “Castle Doctrine.” While the exact terms of the law vary from state-to-state (and not every state has one), the Castle Doctrine basically says that you have the right to defend your home against violent invasion. Since there is so much variation in the law, we’re going to talk about the general principles involved: for specific legal advice, you should contact either your local prosecutor or an attorney who practices in the field.

Defining Principles
The name itself comes from the phrase “a man’s house is his castle,” a concept deeply rooted in the English Common Law which means that a man’s home is entitled to the protection of the law. There are two sides to this protection; first, it meant that a man could guard his home against the King himself, who had no right to enter it without legal process. In modern times, this principle is enshrined in the Fourth Amendment to our Constitution, which recognizes the right of all citizens to be free from unlawful search and seizure by the government.

The second half, of course, is a man’s right to protect his home from any other invasion, and that’s what we’re interested in here. While there’s been a concerted effort to pass laws that recognize this facet of the Castle Doctrine, it’s worth noting that many states already recognized it in the case law.

Law in the US comes from two separate sources: statutory law and case law. Statutory law is what you generally think of as being “the law;” it’s passed by the legislature, and it has phrases like “it shall be unlawful to,” and “no person shall.” Case law, on the other hand, is the judicial decisions that interpret how those statutes are applied in different cases. When you hear the phrase “judge-made law,” people are usually referring to case law; simply put, it’s how the judge(s) who reviewed the case decided that the law applied to the specific facts of that individual case. This, in turn, usually controls the way later cases are handled. It’s no less binding than statutory law, but it does change more often, which is why there was a need to have a statute passed to recognize the Castle Doctrine.

In states where it has been passed, there also may be a provision that one whose conduct falls under the doctrine cannot be held civilly liable for their conduct. In short, if you have to shoot someone breaking into your home and are legally justified in doing so, neither your would-be-attacker nor his family can sue you. The resulting combination of shielding a defender from both criminal prosecution and civil lawsuit is a substantial amount of protection from what can otherwise be a legal nightmare… 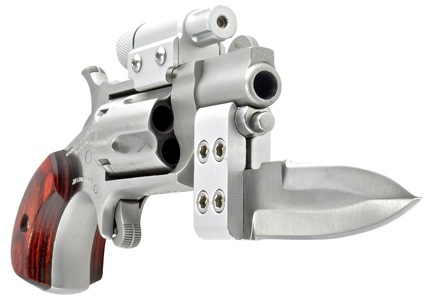 At its core, the Castle Doctrine is tied to self-defense. If someone tries to…