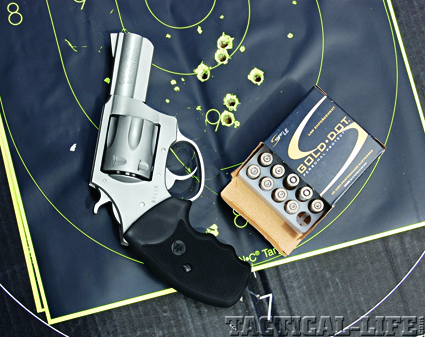 Early in the 20th century, the .32 S&W Long was considered a hot handgun cartridge. NYPD adopted it and many other police departments followed. The 7.65mm Browning (aka .32 ACP) was widely used by European law enforcement. Respect for the .32 waned as U.S. police departments switched to the more potent .38 Special and .357 Mag, and later to 9mm and .40 ACP cartridges. The weak-sister .32s faded from the scene.
The .327 Federal Mag is basically a .32 H&R Mag with a 0.125 of an inch longer case. Various factory loads are available. Some include a 100-grain Federal round that starts a 100-grain JSP projectile from a 3-inch barrel at 1,400 feet per second (fps), a 115-grain LE load at 1,300 fps, and a “Low-Recoil” 85-grain Personal Defense round moving out at 1,330 fps.

Revolver’s Details
Ruger’s SP101 was the first revolver to chamber the .327 Federal Mag. Charter Arms then offered the Patriot, its own .327 Federal Mag revolver. This gun seemed attractive for a couple of different reasons. It’s more compact (7.25 inches in overall length, versus 8 inches for the Ruger), has a shorter barrel (2.2 inches versus 3.06 inches), and is 5.5 ounces lighter. I wanted to know how the Charter Arms revolver and the .327 Federal Mag cartridge would perform. 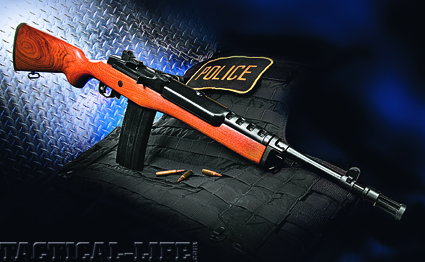