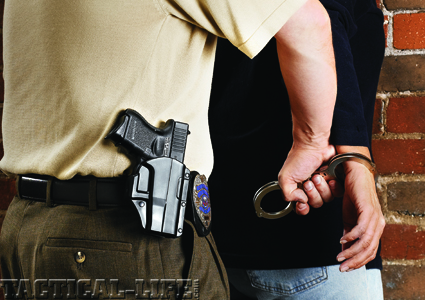 Concealed carry or even possession, if illegal in a particular jurisdiction, can result in arrest.

One chilly morning in early 2011, I took a small suitcase into baggage check in a departure terminal at LaGuardia International Airport in New York City and told an airline staffer I wished to declare an unloaded pistol in the bag. Her eyes flickered and she told me to wait just a moment, and left. I knew what was coming.

A couple of minutes later, a uniformed Port Authority Police officer strode toward me, anticipation almost gleaming in his eye. Then he saw that I was discreetly holding a badge wallet with shield and ID in one hand, and an official letterhead document in the other. The smile seemed to fade from his face, and his shoulders visibly slumped. He checked the credentials and the departmental letter of transit that showed I was in the city on police business and authorized to carry a gun there. He went through the motions of taking the serial number of my Glock 30 pistol and making sure the .45 ACP ammunition was stored in the suitcase in compliance with Federal Air Regulation 108.11, and then politely escorted me to TSA to complete the check-in of the bag with the pistol. He was visibly disappointed that he wasn’t going to make the felony arrest he obviously expected to make. Some others at baggage check in New York have not been so lucky. 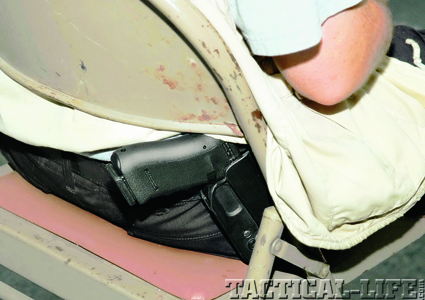 Never assume that you’re “safe” and that the illegally carried gun is concealed. It can become visible. Always follow the law.

In Case One, a gentleman from Washington state was visiting relatives in New Jersey, and flew in with a pistol in his luggage. He flew out of New York City to return home…or at least, he had planned to. Instead, he was arrested at the baggage counter where he had declared his unloaded pistol, and charged with felony illegal possession of a handgun. 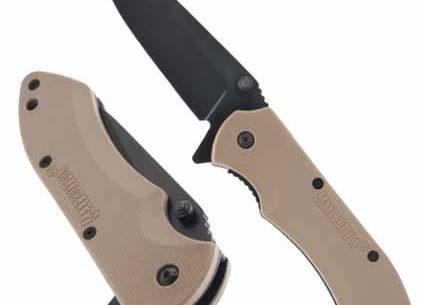 Concealed carry or even possession, if illegal in a particular jurisdiction, can result in…