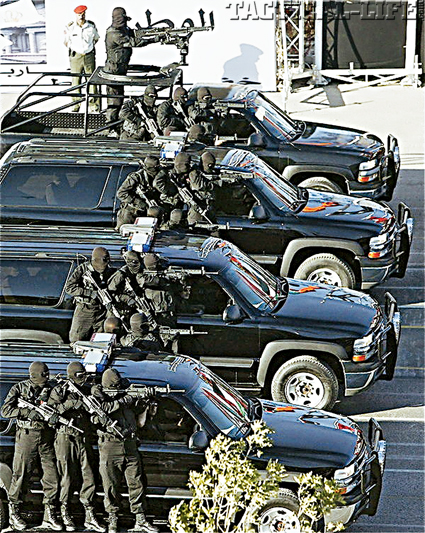 Similar vehicles such as these black SUVs used by the Jordanian Special Forces when guarding King Abdullah make it difficult to single out one vehicle.

Accidents involving Vice President Biden’s motorcades have made the news quite a bit over the last year or so, but a vehicle colliding with a motorcade is certainly nothing new. In fact, over the past ten years there have been at least ten incidents in which the motorcade of the President, Vice President, or candidate for one of those offices was involved in an accident. The operative word there is “accident.” Those providing security for dignitaries must take into account the possibility of a vehicle attempting to ram into a motorcade on purpose, perhaps even with the intention of placing a car bomb amidst the motorcade.

An official motorcade travels with local police vehicles to clear the way, often calling on police to block each intersection as the motorcade approaches. A vehicle can still break through the intersection roadblocks, but they will generally slow it down and make it more difficult to time an attack should the vehicle actually get in amongst the motorcade.

Official motorcades for dignitaries or world leaders will also be very substantial in size. For instance, a U.S. Presidential motorcade will generally comprise 20 to 30 vehicles, including local police cars, Secret Service cars, armored limos, CAT (Counter Assault Team) vehicle, staff cars, press cars, etc. Since many of the vehicles are designed to look similar, targeting the VIP vehicle for ramming would not only entail getting through any roadblocks with perfect timing but also the odds of choosing the right vehicle. Additionally, in some scenarios, the motorcade runs in two or three lanes, placing other vehicles on the sides of the VIP car. Bear in mind, those vehicles driven by members of the Secret Service will have drivers highly trained in offensive and defensive driving techniques who would immediately take evasive action.

Car Bombs
However, a car bomb can take out large areas, and the driver of a vehicle carrying one might not have to get too close to the target car to inflict heavy casualties. Delivery of a car bomb isn’t the only reason for attempting to ram into a motorcade. A driver hitting a vehicle at very high speed could very well kill or severely injure the occupants. An armored VIP car would withstand ramming to a degree, but it might be damaged enough to stop or slow it. Planning must take into account that a heavy truck could be used, possibly loaded with explosives, and even an armored vehicle could be severely damaged by a heavy industrial vehicle. Other possible reasons for a vehicle ramming or forcing a VIP vehicle off of the road can include kidnapping.

In 1974, a vehicle forced British Princess Anne’s Rolls Royce off the road and the driver of that vehicle shot her bodyguard. It was an attempt to kidnap the Princess. In Colombia and other countries where kidnapping is endemic, running a vehicle off of the road is a standard tactic. Ramming a VIP vehicle or escort car has also been used as a way to stop the motorcade so heavily armed attackers can hose down the vehicles with automatic weapons. 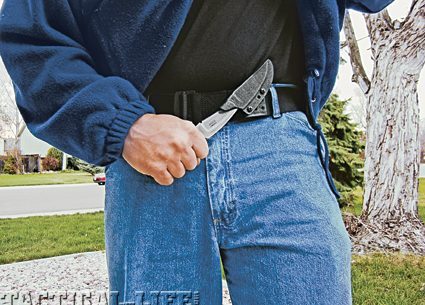