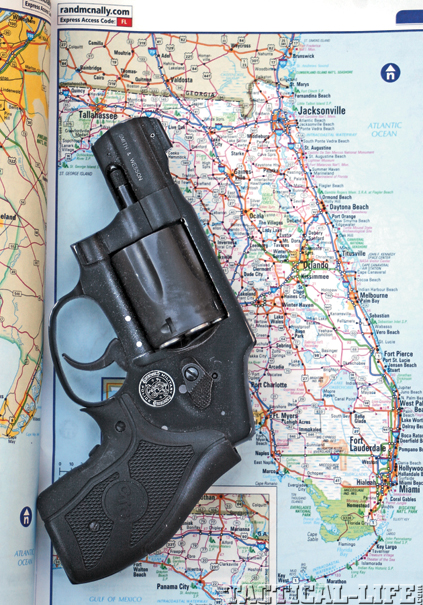 Florida is seen by most as “gun-friendly,” but that does not encompass every prosecutor, plaintiff’s attorney, or judge in The Sunshine State. Three cases presented here show why. Revolver in photo is Smith & Wesson’s M340 M&P .357 Mag, with Crimson Trace Lasergrips.

Florida rescinded the Retreat Requirement a very few short years ago, allowing citizens to stand their ground and fight back if attacked in public. Vociferous anti-gun groups posted advertisements to tourists “warning” them that in Florida, anyone who felt they were scared of you was legally empowered by Florida law to shoot you, implying that you shouldn’t vacation there. Wisely, the State of Florida blew those bozos off, and still enjoys brisk visitor traffic.

When I read that, it amused me. I figured Floridians didn’t need to be visited by anyone so stupid that they would believe that gun control BS. What scared me, though, was seeing some gun owners on the internet saying the same thing: Essentially, their message was, “I don’t have to worry about shooting anyone because I live in Florida and we have the Stand Your Ground law.”

Good Lord, people…we’re talking life and death here. There are some folks who need to do some research. Anyone who builds an action plan based on on the misleading statements of gun control groups has truly has truly constructed a sand castle that is doomed to be swept out to sea.

Case One, in early 2010, went down in Gilbert, Arizona where a Police Lieutenant named Eric Shulander was shot in the head and killed by a 35-year-old man named Christopher Redondo in the course of an ordinary “stop.” Some 90 minutes prior to the murder of the policeman, prosecutors say, Redondo sent out a text message that read, “Keep it gangster! Let the bullets spit no love for a jura. Spark it up ‘til it gets lit!” 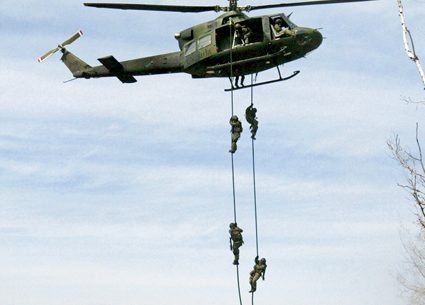 Florida is seen by most as “gun-friendly,” but that does not encompass every prosecutor,…

Saddle up cowboy, and get a taste of some Old West flavor. Davidson’s just announced the release of three exclusive Pietta guns, sure to please aficionados of the genre. Known for producing authentic replicas of classic firearm designs, the Italian-made releases include a pair of 1873 Western revolvers and an 1878 Double Barrel Coach side-by-side […]