0
SHARES
146
VIEWS
Share on FacebookShare on Twitter
Outfitted with the Vortex SPARC red dot sight and the Storm bungee single-point sling from BlackHawk, the DoubleStar Star-15 in 5.56mm is a formidable weapon for CQB or personal protection details.

Over the years I have had the pleasure of watching the growth of a number of firearms production companies. DoubleStar Corporation (DSC) of Winchester, Kentucky is one of those companies. I was one of the first to sample their production ARs and their 1911 pistol. Both were slam-dunk winners! 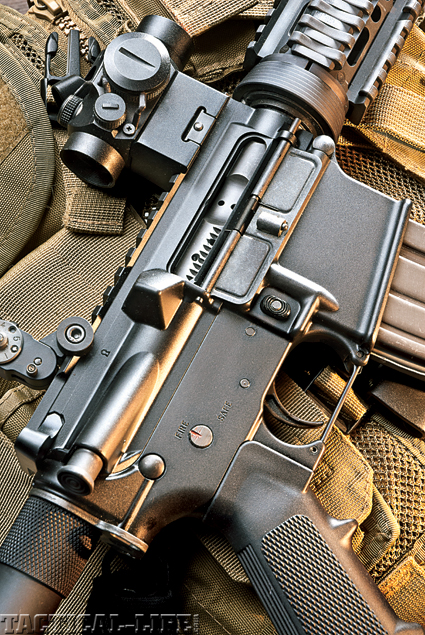 DSC has recently jumped into the AR pistol pool, offering their version of the snipped and bobbed ARs that have exploded on the market. The demand for ARs does not seem to have been as depressed as many other sectors of the economy. Logic indicates mini-ARs should be popular—and they are!

I’ve handled quite a few of this AR-15 sub-set recently, and it is easy to see why they are popular. From both the tactical and fun aspects, these boys are a potent handful that will raise the blood pressure of just about everyone. For our defensively bent purposes, it is more important that the firearm have a practical use. As I have determined with past samples, AR pistols can have an important place in a shooter’s armory. 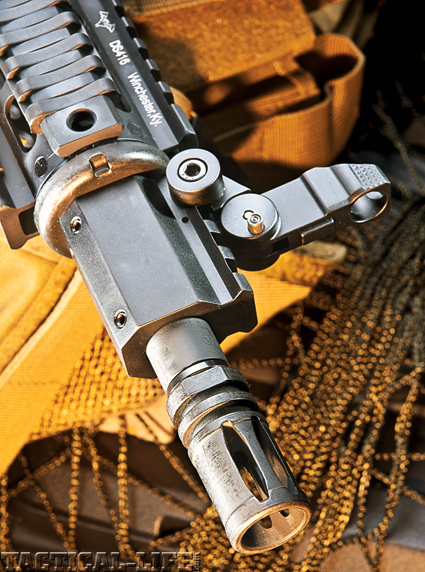 The upper rail of the two-piece railed handguard is the same height as the flattop receiver. The railed gas block is slightly lower than the handguard rail.

Gun Details
With my positive prior exposure to DSC firearms, I expected only good things from their AR Pistol. A quick once-over upon the Star-15 Pistol’s arrival proved my expectations well founded. The A3 flattop upper receiver is hardcoat-anodized, aircraft-quality 7075-T6 forged aluminum and built to mil-spec, including the forward assist. It mated with the lower—also hardcoat anodized, forged 7075-T6 aluminum—perfectly, with no jiggle. Pressing the disassembly pins required a little more pressure than on “GI” versions of the AR, another indication of a good fit.