Located in the rolling greens hills of Kragujevac, Serbia, is one of the oldest and most respected arms makers on the other side of the Atlantic—Zastava Arms. Despite the company’s history that reaches back to the mid-19th century, its name is not as well known as it should be in the US. 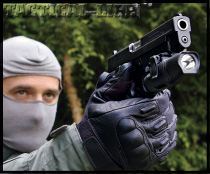 Over its more than 150 years of producing arms, Zastava has earned a reputation for producing extremely high-quality military and sporting arms. And, due in no small part to the convoluted and complex history of the region as well as its unique geographic location, the arms produced by the facility are an interesting mix of the East and the West.

Several of the handguns manufactured by Zastava are no exception with its Tokarev-style M57 pistol being a prime example of the Eastern influence on the company’s designs. However, not all of Zastava’s pistols share the M57’s Eastern-inspired background.

The company produces an extremely modern line of pistols based off of its CZ 99 series, a line of pistols that bears a striking resemblance to a pistol of extremely Western lineage. And, it is available on these shores as the Zastava EZ thanks to the efforts of EAA (European American Armory). EAA has a long tradition of searching out unique firearm designs from around the world and importing them into the US, offering American shooters extremely high-quality firearms at reasonable prices.