Once on a beautiful Saturday summer morning at approximately 8 a.m., I chose to walk west down a busy avenue, for an estimated quarter of a mile. Even with young eyes, I could only make out a lone figure way off in the distance, approaching from the opposite direction.

A stranger and I approached each other at a distance where we could see each other’s faces. I was not too thrilled with his body language or the furtive glances that he seemed to be making (apparently assessing our environment immediately prior to fixing his gaze on me). A person from another state once told me that cops and crooks in New York are two types of people who make eye contact longer than the socially accepted norms.
The stranger observed my motions with a seemingly amused smile and turned to look at me. He then continued on his way. I watched him until he was far enough to not pose any immediate threat to me.

It wasn’t until I was on my way back from my walk that I saw patrol cars entering the park and the perimeter was being established at various vantage points. Curiously, I assumed an out-of-the-way position of safety to try to see what all the activity was about. It was long before I saw “my stranger” being brought out of the park rear handcuffed.

I then saw what appeared to be a non-police-issue semi-automatic pistol being held by one of the officers. I was to learn that my stranger had recently carjacked someone and had been robbing persons that he encountered at gunpoint all morning. The police, in addition to the firearm, recovered stolen property still in possession of my stranger (would-be robber).

After seeing that gun that had been recovered from a would-be robber, I was relieved that I decided to be more cautious. My actions were based on my knowledge of an awareness of your surroundings. I was also operating under what a martial arts instructor once told me as an adolescent. Expect nothing, but be prepared for everything!

By the way, I was carrying a firearm.
—RT, NY 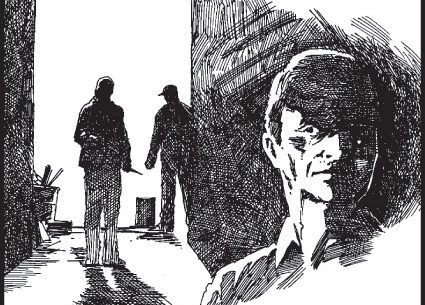 Three Ghouls in a Cemetery

Once on a beautiful Saturday summer morning at approximately 8 a.m., I chose to…