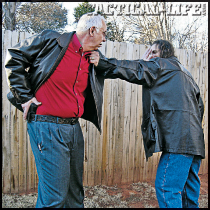 For many years the words “survive” and “survival” have played a major role in how we think about interpersonal conflict. Phrases like “Street Survival,” the “Will to Survive” and “Survival Mindset” are quite common. For factual definition purposes, I’m going to quote Webster’s Dictionary. The definition of survive is “to remain in existence,” which is insufficient to encapsulate what survive really means. I want to go home the same way I left… unharmed, unscathed and psychologically fit. No wheelchairs, medical aids, crutches or coffins for me, thus survival is not what I want to instill in my mind. I want to win, to prevail!

Prevail means “to be victorious,” which sounds awfully good to me. What does it take to prevail in a confrontation? The truth is no one really knows since each confrontation is different and it’s impossible to train for every potential life-threatening event, especially since most situations are outside our control. One thing I can say with confidence is that the individual will have to take fundamental knowledge and skill, and adapt it to the situation they face. There is no such thing as too much training or preparation.

I have seen a trend on several gun forums of late with “experts” (i.e. tactical knuckleheads who have never faced anything more dangerous than a paper cut) discuss how common sense and sound judgment are the critical skills to have when facing a threat. While these are certainly good attributes to have, what these so-called experts seem to miss is that under the affects of fear, the reasoning brain goes to mush and that sound judgment and reasoning is fleeting.

My concern is that many expound such things as it offers an excuse to possess mediocre skills, thus the effort needed to purchase proper gear, practice ammo and spend time at the range (we won’t even talk about the time and expense to seek proper training) to build skill is less important. Anyone who has ever had to face an armed assailant, whether it be on the battlefield, in an arrest situation or on the street while trying to mind your own business, will tell you that having confidence in one’s combative skills offers a peace of mind that cannot be taken for granted.

Possessing the ability to fight and shoot is an important component of having the proper mindset and don’t let anyone tell you differently. In addition, having confidence in one’s ability, backed by a solid, easy to use, skill set is the single biggest deterrent to the onset of mind numbing fear.

Thought Process
History has shown us that it’s not necessarily the person with the fastest draw or the ability to shoot tight groups that will win a gunfight. The person that will prevail is the one that is more ruthless, has no reservation to take a shot, will go “toe-to-toe” with an opponent, will not hesitate when the fight starts to seriously injure or kill their opponent. The fact is this is not most people. The majority of us are raised to be good and kind, which are certainly qualities we want to give to our children, but what about those who are not raised this way?

During my 30 years as a cop, I came in contact with many children who knew who the local crack dealer was by age five, knew their mother was a prostitute at an age when they should have been watching Saturday morning cartoons and saw gun violence before there were two digits in their age. Do you think these people, as they grow into adult life, will think about the world the same way you or I do?

After serving seven years (at different times) in the county jail, I got to know how criminals think and the biggest mistake anyone can make is to apply their thoughts or feelings to a criminal. A police officer in my area confronted an armed suspect and tried to defuse the situation by putting her gun on the ground and dropping to her knees, thus showing a less threatening posture. The suspect responded by shooting her through the neck. Never base a decision on how to deal with an armed opponent by applying your logic.

Noted combative skills trainer Kelly McCann sums up how we need to think as “Combat is 10 percent skill and 90 percent attitude” but don’t think the possession and mastery of skill is not important to this attitude… it is! His hand-to-hand combat and defensive firearms classes teach that physical skill affects mental performance. It’s as simple as that. But you do need to be mentally prepared to use the skill—you can’t have one without the other.

Combat is defined as “to counter or actively oppose; to fight back” while combative means, “ready and willing to fight.” Mindset is defined as “a course of action based on a previous decision, a set path based on reason and intellect.” Thus, it would be fair to say that the combative mindset could be defined as, “a previous decision based on reason and intellect to be ready and willing to fight back.” What’s wrong with that?

It doesn’t say a thing about attacking others or behaving like a schoolyard bully. It means if attacked, you will be ready and willing to fight back, prepared via reason and intellect. Where does reason and intellect come from? From life experience, formal education and training. Teaching citizens to have a combative mind is not the “wild west” waiting to happen, it’s a wise investment in our ability to live unmolested.

Combative Mind
How does one develop a combative mind? The words “previous decision” are the most important. Deciding that this is the path you want to take and actively pursue it via quality training is crucial. The more skills one possesses, the more likely they’re able to fight back in a life-threatening event. Cops, soldiers and armed citizens must be confident in their ability if they wish to overcome the fear they will experience in a conflict. Make no mistake, fear is your friend and anyone who says they are never afraid is either a liar or a fool. In addition, a person who does not have confidence in a particular technique will not try to use it in a fight, which makes them vulnerable.

Combative skills range from verbalization through defensive tactics, chemical sprays, electronic devices, impact weapons and finally deadly force via firearms. Being as skilled as possible in all levels is a worthy goal but one that is tough to achieve due to time and monetary constraints. What do you do? You do the best you can with the assets you have, but don’t dismiss it by saying, “I will be more alert and aware so I can avoid a situation.” You might as well put your head in the sand.

Evaluation Process
I dismiss the individual/instructor that unnecessarily bashes others in order to raise their profile. Spirited but cordial debate is always welcome but trashing others is unprofessional and should be dismissed. No one teaches something because they think it is stupid, thus it is up to the reader or student to separate the solid information from the garbage. Since solid information is important to metal preparation and skill building, how do we do this? For a number of years, I’ve used the “Three S Test” to evaluate techniques I’ve been exposed to in various training programs. I think it’s a valid measuring device anyone can use.

Second is, does it make sense? You’re a person with a great deal of life experience and a reasonable level of police training. Some have extensive training or even military experience. If it doesn’t, talk to the instructor and express concern. After all, you (or your agency) are paying to be there. If the instructor can’t address your concern, you’re wise to dismiss the technique.

Is it street proven? Has the technique been used in actual street combat? Be cautious. While Airsoft or Simunitions training is excellent, it is not a real fight so I don’t rate things seen in such training the same as actual combat. Ask the instructor if the technique has been proven in combat, if not, do you want to be the guinea pig for this new technique?

This is not a foolproof way to evaluate a given technique, but it is a place to begin. A solid evaluation will help anyone be more confident in their abilities. History has shown that anyone who faces an armed threat will respond in one of four ways: fight, flight, freeze or posture. Fighting back or fleeing is a sound, even wise, course of action. Don’t underestimate the advantages of withdrawal.

As Dirty Harry Callahan so aptly said, “A man’s got to know his limitations,” but freezing and posturing are unacceptable, likely suicidal. The dangers of freezing while in danger are obvious, but many feel they can bluff their way out of a confrontation. Nothing could be further from the truth. Consider that right now someone is training so that when they meet you, they beat you. I suggest that you, too, train hard and stay on guard. 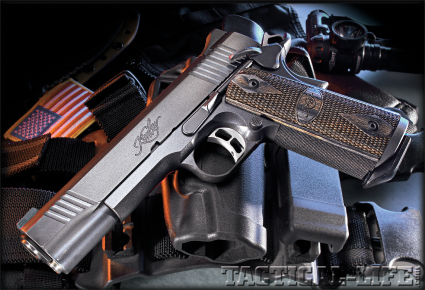