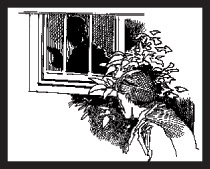 In 1985, the central valley of California around our rural home had been transformed by torrential rains into lakes divided by partly submerged roads. My wife, alone with our three-year-old son, was awakened at 2 AM, by the insistent pounding on the front door by a very intoxicated, cursing man. He was demanding that he needed to get into the house to call a tow truck, as he had run off the road. When he was told that he could not come in, but the call would be made for him, he became even more enraged, now trying to kick the door in. Fearing for her safety, my wife and son went into the master bedroom, locked the door and armed herself with a .45 cal. revolver, then called 911 to the sheriff’s office and stayed on the line with the dispatcher until the patrol unit arrived.
We had gone over the plan in the event that a problem might occur, as I often worked nights with the sheriff’s department. Our primary concern, of course, was the safety of our family in the event of an intruder. I had told my wife that an intruder could have anything in the house, unless he forced the bedroom door. If he broke through that, then she was to empty the gun.
Twenty minutes later, two units arrived and arrested the suspect, who had cracked the front door but had not made entry. This had saved his life.
—MLS, CA 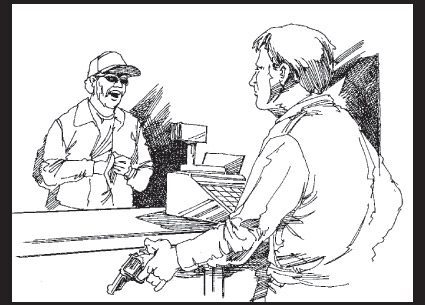 A Slice with the Works

In 1985, the central valley of California around our rural home had been transformed…