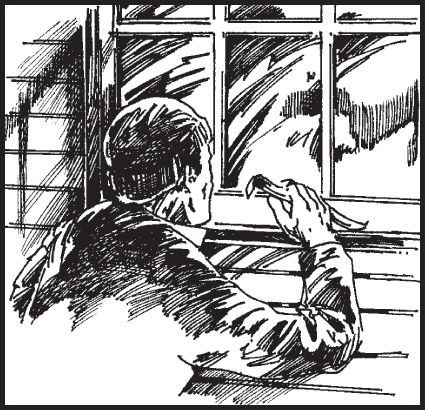 In your “It Happened To Me” in Dec06 CH, there was ‘Wrong Place, Wrong Time’, written by DK, who talks about the night he was working late and alone in the warehouse when suddenly he heard voices and prying sounds coming from outside the building.

Due to an earlier spike in the crime rate, DK had purchased a 20 gauge pump shotgun to keep in the warehouse for protection. So, DK decides to arm himself with the shotgun and slip out the side door in an attempt to sneak up on the burglars who are prying on the front door.

While DK is walking down the alleyway with his shotgun, a police officer approaches him from behind and orders him to drop the shotgun and raise his hands. DK was then placed on the ground and handcuffed. Apparently, the owner of a neighboring business called the police when he saw the burglary attempt. It should also be noted that while this was occurring, the bad guys beat a hasty retreat.

According to DK, it took the police 15 to 20 minutes to check him out and his firearm before going on with their investigation. DK felt that the only reason he wasn’t shot on sight was because of his clean cut appearance and the officer’s experience. That statement however, is only half true. Not all burglars look like long haired, dirty scumbags. In fact many burglars look just like you or me, providing you’re not a long haired, dirty scumbag, that is.

All this left DK with one question, When you confront an intruder with your weapon, how does the officer know who is who? The answer to that question is simply, the officer has no idea who is who unless he is told.

In this particular situation DK should have called 911 the minute he heard the break-in taking place. He could then inform the dispatcher that he was armed and give a description of himself so that responding police would know who the bad guy was and who wasn’t. It’s also very important for responding officers to know the location of everyone involved.

Secondly, it would have been much safer for DK to stay inside the building unless, by going outside, he could have immediately escaped to safety.
Burglars often have another person with them to act as lookout. This person could be stationed anywhere outside. So, by leaving the building, DK could have walked right into the hands of a lookout. On the other hand, by staying inside the building, the bad guys would have no way of knowing exactly where DK was, or even that he was in there, but he would know exactly where they were coming in.

Finally, it is important to keep responding police updated by phone whenever possible. Then when the police arrive and take control, lay down your weapon and identify yourself immediately. The police may still want to check you and your weapon, but this is for your safety and theirs.

The moral of this story is, you must be able to remain calm and make the proper decisions in high stress situations or it could cost you your life. By not calling the police and wandering outside with the shotgun, DK became a part of the problem instead of the solution. He could have very easily been shot by police. At that point the police knew nothing more about the situation than the fact that they were responding to a burglary in progress and when they arrive, here is a guy walking around outside the building carrying a shotgun. On top of all this the bad guys had more than enough time to escape while the police were wasting their time with DK.

Practice and preparation is the key to solving problems such as these before they ever occur. This means that you not only have to be proficient with your firearm, but you must mentally prepare for these situations as well. You can do this by running through situations like this in your mind ahead of time. Try to think of as many situations and combinations as possible. Then use whatever training you have received and good common sense to decide the safest way to resolve the situation.

Remember, as a gun owner, safety is your responsibility. Get as much training and practice as possible. Your life or someone else’s may depend on it.
—BR, FL

In your “It Happened To Me” in Dec06 CH, there was ‘Wrong Place, Wrong…