Those who won’t take the word of researchers and cops may listen to attorneys: over-penetrating bullets can and do kill or cripple innocent bystanders…and those bystanders have recourse in court! Veteran lawyers kick off a total of 25 actual cases.

If you riffle through the mail that comes to gun magazines and their writers asking questions, or if you spend any amount of time on Internet forums devoted to tactical use of firearms, it soon becomes apparent that there are people who have a deep understanding of firearms and ballistics, but don’t yet realize how some of those elements correlate to legal issues that frequently come up in court. It can happen on both the criminal law and civil law side.

One of those issues is the danger of over-penetrating bullets. Folks who don’t have access to research do not realize that this used to be such a problem with non-hollow point bullets that virtually every police department in the nation has gone to an expanding bullet design of one or another type. They did so to prevent brother officers and innocent bystanders from being hit by dangerous and even deadly projectiles that have gone through and through the armed felon the officer was shooting at. The armed citizens, of course, face the same concern. Whether legally carrying concealed in public or protecting the household, the armed citizen also has to remember that there’s a high likelihood his or her family members will be among the innocent bystanders who could be mortally endangered by a shoot-through in the deadly swirl of a fast-breaking armed defense situation.

Attorney Speaks
John LeVick is an attorney practicing in Texas and is, by any standard, a gun expert. He recently shared Case One with some trusted friends and acquaintances on a private forum. Brother LeVick was kind enough to allow me to share some of it with you here.

John posted the following, “As some of you know, I was supposed to have testified last week in a civil case arising out of a self-defense shooting. I’ve talked about the ‘already public information’ aspects before, but since the case settled right before trial, I can now discuss it further. I’ll ID the players as follows: Damon Defendant (the fellow I was hired to help), Putzy Plaintiff (Damon’s former friend), Arturo Assailant (deceased criminal) and Elvira Ex (Damon’s ex-girlfriend).”

“Damon and Putzy had gone out for the evening, to have a couple of beers and listen to some live music at a local club. By coincidence, Elvira, her new boyfriend Arturo and a few of their friends were at the same club. At one point, Damon saw and spoke to Elvira regarding how much better off he was without her. Elvira’s feelings were hurt, so she convinced Arturo, who was on probation for aggravated assault at the time, to go to Damon’s house to beat him up. Arturo did not know Damon, and did not see him at the club.

Damon and Putzy went back to Damon’s house, and shortly after arriving, there was a knock at the door. Damon went to the door, looked out the peephole, but did not recognize Arturo or the man with him. Elvira had stayed in the car. Damon turned to Putzy, said, ‘Must be friends of yours,’ and headed for the bathroom. Putzy opened the door with the security chain attached, whereupon Arturo crashed through the door, yelling, ‘Are you Damon? Are you Damon?’ Putzy couldn’t get out much of an answer before Arturo hit him in the face a few times, knocking him to the floor, landing on top of him, and continuing to pummel him in the face.
Damon heard the commotion, went to his bedroom, retrieved his Ruger P95, inserted a loaded magazine, chambered a round, and went to the living room. He’d just bought the Ruger and had never fired it. It was loaded with 10 rounds of Speer Lawman ball ammo that the gun store gave him with the gun. Neither the police report nor the autopsy report listed the bullet weight of the Lawman ammo, but Speer makes 115-, 124- and 147-grain Lawman in 9mm. I have assumed that it was 124-grain, but am not certain. Photographs of the partial box of ammo, taken by the police, are not clear enough to tell for sure, but the last number of the bullet weight looks like a ‘4.’ 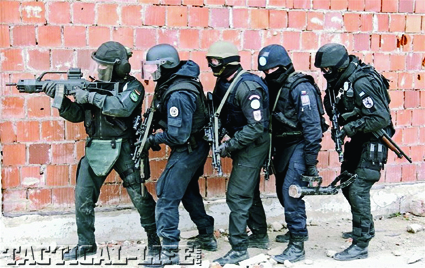 Those who won’t take the word of researchers and cops may listen to attorneys:…