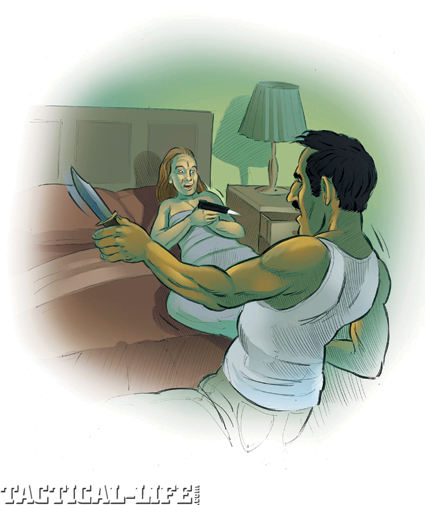 Reprinted with permission from Duluth Patch. Authored by Faye Edmundson.

Gwinnett (Minnesota) Police have released a recording of the 911 call made by a Duluth woman after she shot the knife-wielding intruder who attacked her at home this past May. Her assailant died a short time later from the gunshot wounds.

According to a Gwinnett Police spokesman Cpl. Edwin Ritter, the incident occurred at about 6:30 a.m. when the assailant entered the home as the resident was coming out of the shower. “She was exiting the shower when the man wielding a kitchen knife entered her bathroom.”
The woman tried to fight off the man with the shower rod after she had fallen into the bathtub. Her attacker then forced her into the bedroom. He apparently was going to sexually assault her. She was able to retrieve a pistol and shot him multiple times, according to Ritter. The assailant then left the house through the rear door and collapsed in the backyard.

The woman ran to a neighbor’s home, who placed a 911 call, then put her on the telephone. Sobbing hysterically, the woman managed to tell the dispatcher about the attack and give her address.
“I was in the shower and the lights cut out in my house, and a man came in… and he had a knife in his hand…. He told me to be quiet. He told me to get out of the tub, and he tried to force me on the bed.”
The woman was able to retrieve a .22 caliber pistol that she kept in a nightstand near the bed. “I took my .22, and I shot him as much as I could.” The woman informed the dispatcher she locked the rear sliding glass door after he ran out, and she rushed out the front door to the neighbor’s house. She said she wasn’t sure of his whereabouts. 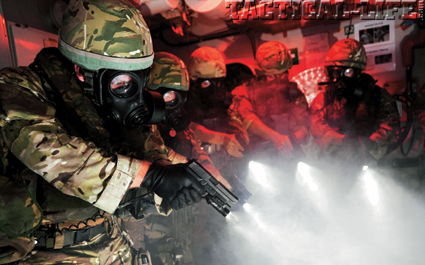