chine shop in a small town and often work late or through the night to meet deadlines. We don’t have much crime in our small town, but my shop is located right next to storage rental units. We share the same parking lot and the caretaker’s house is on the other side of the complex. The caretaker and I have become friends, and we chat often about the shady activities that seem to go on at night. The units seem to attract folks who want to hide from the public eye, and I’ve always been creeped out by the noises I hear coming from that direction after dark.

I’ve had my CCW permit since my state became shall issue. My carry choice is an XD9, and since I own the business I carry unconcealed while at work, especially at night. I shoot on a regular basis, and after a particular night at work, I’m very thankful that my friend and I do so.

One fall night I was working late to meet a morning delivery when I heard loud banging at about 3 am. I went to the front office to look out the window. I could see the front of an old van parked but the rest of it was out of sight. I couldn’t get a good view, so I headed to the next office to look through its window. It faces the rental units, but the buildings block the view somewhat. Heading to the next office, I heard three sharp loud bangs and some shouting. I couldn’t tell what the noise was, only that it was coming from the area where I saw the van and there were people involved. I was getting very nervous by now.

At 3 am, all sorts of scenarios were running through my head. I was hoping it was just someone loading or unloading from his or her rental, but the van was not near enough to a unit for that. By the time I got to the next office the banging had stopped but my view was still just a corner of the mysterious van. My building is an L-shape and the back service door would give me a clear view of what was going on—I hoped.

As I walked to the back room I couldn’t hear any more banging or shouting and the silence was very loud. It was an experience that heightened all my senses, and I don’t really care for it to ever happen again. I can only compare it to the heart pumping feeling of beading down on that first deer while hunting.

When I got to the back door I really had to do some soul searching. There are no windows in the door and none in that area of the building. I do have a light just outside the door and I keep a light on the inside. The door swings out toward the rentals, and I really didn’t like the thought of opening it and peeking around the edge to look at the van. If someone were on the other side of the door it would give them the advantage. The noises had stopped and I really thought hard about just going back to work. I make it seem as if I spent a lot of time doing this, but I’m sure it was only a few seconds. Time slowed down in that moment for me.

I decided I was going to open the door and have a look. I unlocked it, took another breath and thought again… just go back to work… no I have to look. My XD was still holstered, but my hand was on the grip as I decided to open the door. As soon as my hand touched the handle the door started to open.

Wow! Everything seemed to come alive around me. I stepped back three steps while drawing the XD. I was in the Weaver stance by the time the door fully opened and I remember yelling something, but to this day I don’t remember what I yelled. I had a bead on a body while backpedaling. At that moment I saw the rental unit caretaker’s face. He saw me and slammed the door and yelled “Whoa!” We both shouted to each other through the now slammed shut door to be sure I knew who he was.

Someone had left the van there and the caretaker didn’t like it. All the banging that I heard was him pounding on the side of the van with the butt of a shotgun to get it moving along if someone was inside. He was at my door to see if the folks from the van were breaking into my building. Thank goodness I didn’t shoot him. I really believe that if I had not had the training courses and the regular practice time, it would have been a different outcome. He set the shotgun against the building before he opened the door. I sure am glad he did that. I still can’t understand why he would set it down, I’m just glad he did. I think about this event all the time and wonder if I would have made a mistake had I saw a shotgun in his hands.
The van got towed and we talked about the situation. I urged him to just call the police if he thinks my building is under attack. He agreed, because he didn’t like the sight of the business end of an XD and I didn’t like the feeling I had after almost having to use it. 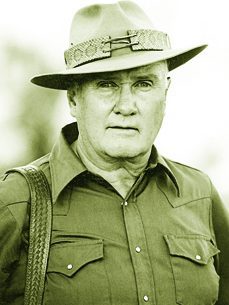