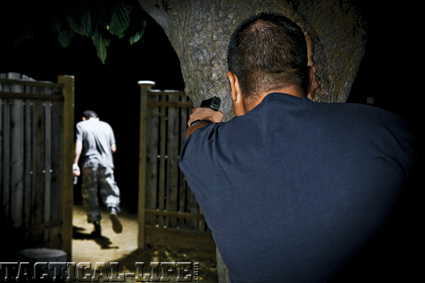 If an assailant has broken off an attack in your place of residence and is fleeing, shooting him in the back could be a terrible mistake. Photo by Alfredo Rico

Although you may be legally allowed in your locality to chase a fleeing burglar and even make a citizen’s arrest on him to ensure that he does no harm to anyone, four recent cases say that you can get into a helluva lot of trouble doing it.

A trial recently took place in San Antonio, Texas that I’ll call Case One. Ray Lemes, 51, caught 19-year-old Tracy Glass inside his home. The intruder fled, prosecutors said, alleging that Mr. Lemes was guilty of murder for “going after him” and shooting him several times in the back with a Glock .40 that belonged to the lady of the house. Defense counsel called the deceased the architect of his own death, and maintained that the defendant was rightfully protecting his home and himself. One allegation was that he chased the intruder out of the house and shot him outside, unnecessarily. (The deliberations ended in mistrial because one juror looked up the definitions of Murder and Manslaughter online instead of just staying with the judge’s instructions, and the defendant will had to go through the ordeal of trial one more time, at last winning an acquittal.)

History tells us that ordinary people chasing and capturing felons is an act that has been sanctioned by law. In earlier times in England, citizens’ arrest was born in the concept of “hue and cry.” Because organized law and order was still thin on the ground, witnesses to crimes were encouraged to “raise a hue and cry,” that is, to shout “Stop thief” and chase the malefactor and grab him, and hold him until a traveling magistrate could decide his fate under the law of the king. Over the years, this became part and parcel of the old English Common Law from which so many current principles of American law derive. 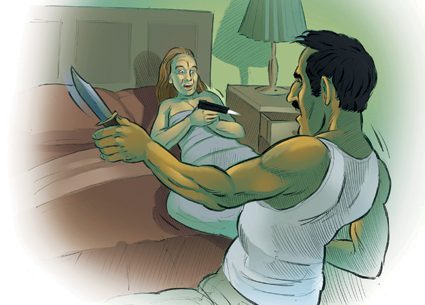