With the advent of the war on terrorism, one thing quickly became obvious—the ability to get rounds accurately placed at longer ranges just might be equaled or overshadowed by the need for maneuverability in CQB environs. In situations more reminiscent of WWII than Vietnam or Korea (the three extended wars from which the military drew its experience), soldiers found themselves as likely to be digging the enemy out of buildings in fast and furious confrontations as they were to be slugging it out at longer distances. 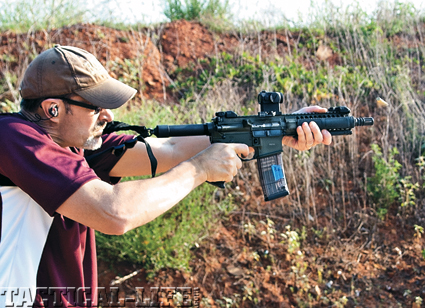 To maximize stability with the M6A2-P, the single-point sling from Blue Force is fully extended. Photo Courtesy D. K. Pridgen

That is where the collapsible-stocked, abbreviated-barreled M4 carbine shines, having enough longer-range accuracy for most instances and short enough increased handiness in close confines. Toss in electronic optics that excel during “fast and furious confrontations,” and the M4 is well at home during it all. 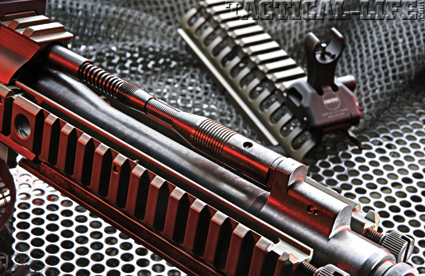 LWRCI’s short-stroke gas-piston not only minimizes fouling, but is also self-scraping, self-regulating and virtually indestructible.

Of course today’s LEOs—first responders and SWAT—already knew this. Their world almost always revolved around quick and dirty confrontations at close distances. Taking the situation one step further are Personal Security Details (PSD) who have a need for relatively discrete, concealable firearms to supplant the ubiquitous handgun when out and about. Working from inside a vehicle, the more abbreviated a long gun the better. As in the LEO world, many originally opted for Heckler & Koch MP5 variants, or similar products. With the advent of more hardened attackers—body armor, armored vehicles, and cover—both groups began turning to M4 variants. 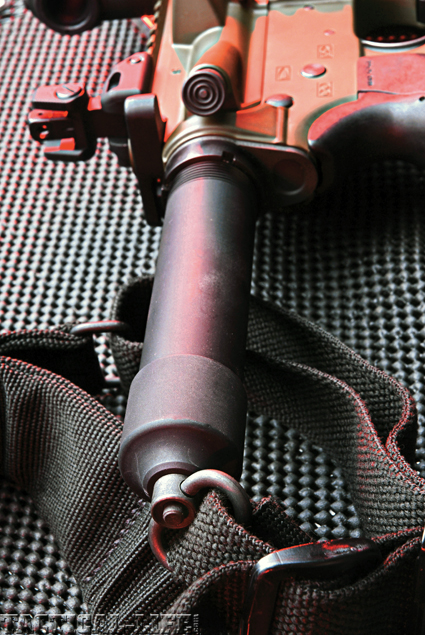