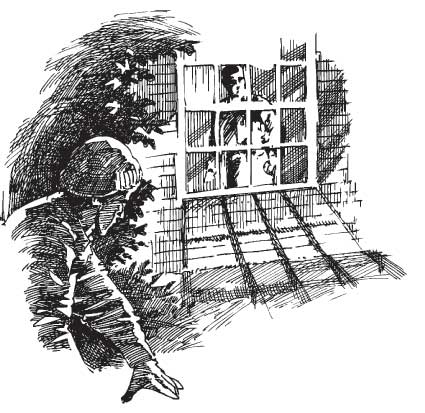 Gunfights are scary life-changing ordeals, or so I have been told. I now know you can have a scary ordeal with life-changing results even though no shots are fired and the story has a happy ending, sort of.

My home is in the country 20 or so miles from the nearest city of any size. Police protection consists of a county sheriff and a few deputies who have to patrol hundreds of miles of back roads. Last summer, my home was damaged by a broken water pipe. Hardwood flooring and two feet of dry wall had to be removed from the entire first floor.

I was very nervous giving our security code and a house key to the contractor but was assured that the company was bonded, insured and that the owner would always be present. Well, as anyone that has had home repairs or renovations knows, contractors are not always trustworthy. Work was going very slow and the skill level of the contractor left much to be desired, but when I came home early from work and found nothing but unregistered and unqualified workers in my home, I hit the roof. The contractor never returned to the house to hear, “You’re fired.” We contacted the alarm company, changed the alarm codes and all the door locks in the house.

About two weeks later my wife shakes me awake at 1:30 a.m. to sounds of the alarm going off. I initially thought it was a smoke detector but then I heard the voice say kitchen window open. Just then the phone rang; it was the monitoring company asking if everything was all right. I didn’t know. Now the dilemma; I arm myself with my home defense pistol, a semi auto in .40. I am at the top of the stairs; my wife is on the phone and has my 13-year-old son by her side. What do I do?

Scenario One: I guard the choke point. I have a natural funnel and no one will get past me on those stairs. The Sheriff will come in 20 or so minutes, kick my door down assuming there is a bad guy inside. Or…

Scenario Two: Tell the security company to stand by and go down stairs and sweep the house.

Yes, I chose number two. It was perhaps the scariest and most telling 10 minutes of my life. I used all the skills I had learned from my self-defense training and I mentally prepared myself to pull the trigger if need be. I am a firearms expert, and have fired tens of thousands of rounds in practice and competition, but this was the first time I was really going to have to defend myself and my family, and perhaps kill someone.

As I cautiously moved from room to room, clearing behind me, I was sure any second I would come face to face with my invader. Finally, the last room and nothing. Could I have missed something? Could someone have gotten behind me? I immediately did another quicker clear. Nothing. I checked the kitchen window and found it was open a couple of inches. The alarm must have scared them away.

Lucky them or lucky me? I think both. I would have fired and I would have probably killed. I know what the decision I made coming down the stairs did to me; I can’t imagine what pulling the trigger would have done. But don’t get me wrong, I would shoot to defend my family and myself, and worry about living with it later. But several lessons have been burned into my consciousness and that is why I am sharing them with you today.

One: The burglar alarm, I realized after the fact that I had never heard the alarm from upstairs and it was not nearly as loud as I thought it would be. Put an additional alarm panel and screamer upstairs and if you don’t have a system, invest in one; it is the best money you will ever spend.

Two: Train your spouse to be a back-up. Two defending the castle is better than one.
Three: TV is entertaining but is not a substitute for good tactical and defensive pistol training.

Four: And the most important, stay upstairs or at the end of a hallway and defend your family. You have the high ground and only a drug-crazed idiot will charge up a flight of stairs or down a hall where an armed homeowner is awake and waiting. If the police take an hour to arrive, grit your teeth and stay put. Anything that gets broken or stolen can be replaced; your and your family’s lives can’t.
—JB, GA 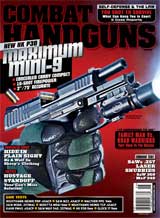 Gunfights are scary life-changing ordeals, or so I have been told. I now know…