by B Gil Horman
in Combat Handguns, Guns, Handguns
0 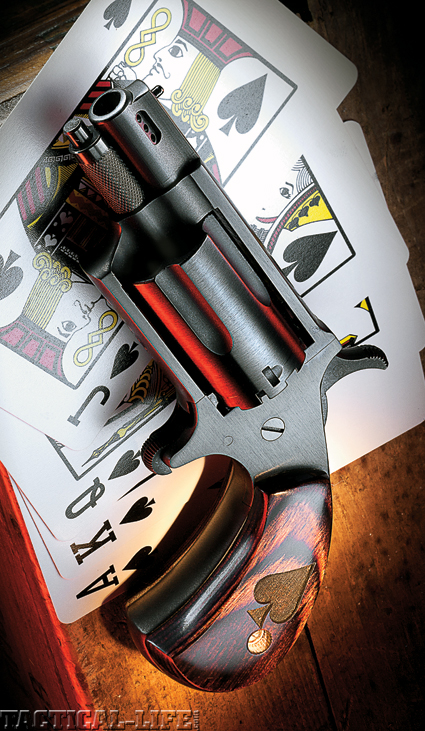 In the last few years, it would seem that several gun manufacturers have been striving to produce as many compact pocket pistols as they can. But try as they might, they’ve had a hard time coming up with anything as deeply concealable as the North American Arms (NAA) Mini revolver. Working in conjunction with Talo Distributors, NAA has released a new Mini that’s both a collectable and a practical pocket defense option—the limited edition Black Jack. 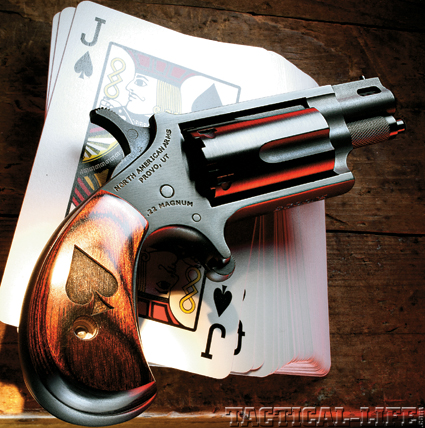 Following the theme of the gun line, the Mini Black Jack’s Rosewood birdshead-style grips are engraved with playing card spades.

NAA Minis are traditional single-action revolvers based on a design developed by Dick Casull in the late 1960s. Casull, better known for his high-powered hunting handguns and the .454 cartridge that bears his name, also knew how to think small. The Mini is an exercise in compressing features until a single-action revolver is as small as possible while remaining a functional and reliable defensive handgun. In the 1970s, NAA picked up where the short-lived Rocky Mountain Arms left off and has been successfully producing mini revolvers ever since. The line has grown to include a variety of configurations, barrel lengths and limited editions. 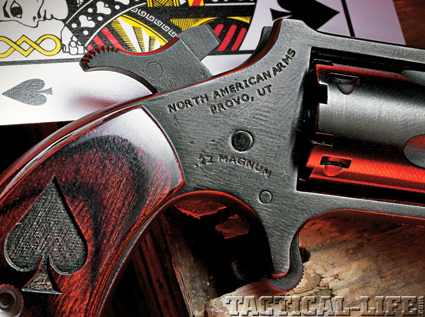 The Black Jack’s hammer is easy to cock with either the shooting or support hand, offering a distinctive three-click revolver sound.

One company that NAA has teamed up with before to provide limited-run guns is Talo Distributors, Inc. Since 1965, the Talo wholesale buying cooperative has been supplying independent sporting goods dealers with unique firearms. Their goal is to provide customers with special and limited editions at a reasonable price. The ideas and designs driving the limited runs often come from Talo members and customers. This includes the NAA playing card series, which boasts the River Boat, Snake Eyes, Queen of Hearts, and King of Hearts limited editions. Now this popular series has grown by one more with the addition of the Black Jack. 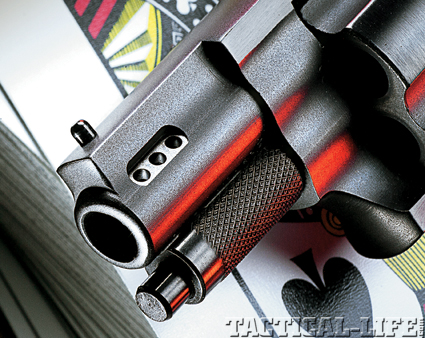 As small as they are, the barrel ports of the Black Jack do reduce felt recoil, helping with controllability and follow-up shots.