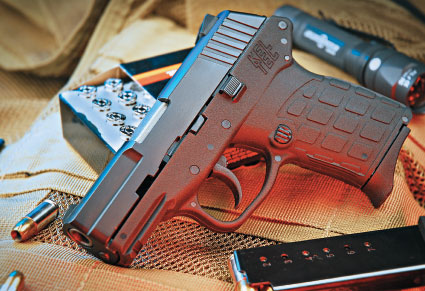 Inspired by the Crime Bill of 1994, Kel-Tec’s P-11 pistol packed the largest legal capacity into the smallest and lightest 9mm package ever seen by shooters. George Kelgren, Kel-Tec’s owner and chief engineer, used polymers and alloys to produce a 9mm pistol with a capacity of 11 rounds and a weight of just 20 ounces. The pistol was far smaller and lighter than anything ever produced in that caliber. For those reasons, Kel-Tec’s P-11 became instantly popular with those that carried concealed weapons. 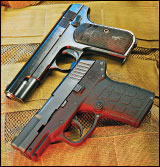 While I never considered the P-11 to be a chubby pistol, Kelgren realized that by switching from a double column magazine to a single column magazine he could make a pistol that was even more concealable. Since the Crime Bill’s demise in 2004, the issue of capacity seems to have taken a back seat, priority wise, with concealability and weight saving being more important.