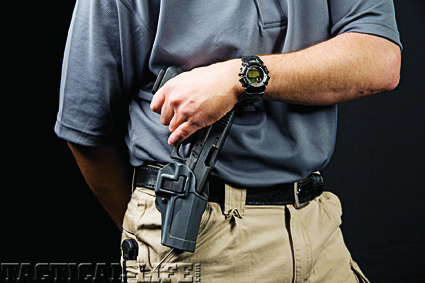 If you’ve ever participated in firearms training using targets depicting bad guys pointing guns at you, you’ve probably found that some of your rounds impacted the bad guy’s gun, hands, or arms, especially if you had minimal time to identify and engage the target. If you’ve had the opportunity to engage in force-on-force training using Simunition or Air Soft, you might even have experienced the sting of being shot in the hand or arm. The reason wounds to the hands and arms are so common in a gunfight is because the adversary’s gun is what we tend to focus on initially. This makes sense considering the gun is perceived as the threat.

Since we’re focused on the gun, our first rounds have a tendency to impact near the gun, on the bad guy’s hands or arms. Unfortunately, the opposite is also true. In a gunfight, there’s a chance you will be shot in the hand or arm. Should this occur, your life could depend or your ability to draw, shoot, load, or clear a malfunction one-handed—maybe even with your off-hand.

Drawing
No matter how vigilant you might be—there’s a chance you could be caught off guard by an adversary who has gotten the drop on you. You may even be shot before you realize that you’re in a gunfight… 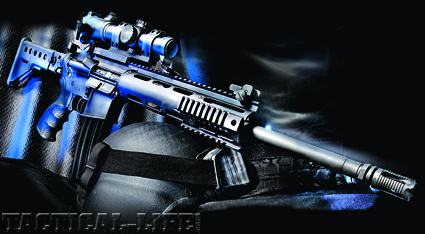