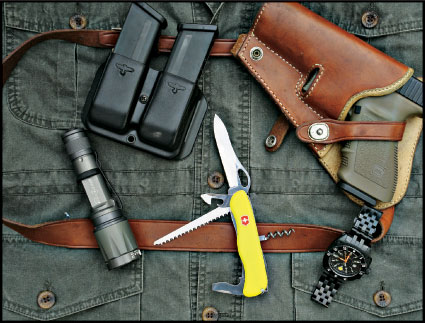 It all started when I noticed a small press release in a military trade journal that the German Army had adopted a new pocketknife. The knife shown was a fairly common Swiss Victorinox model with one obvious difference: The main blade had a one-hand opening hole. Not exactly earth-shattering news by American standards. A short time later I made a trip to Nuremburg, Germany, for the annual IWA outdoor trade show. Nuremburg had three cutlery shops, a couple of gun and hunting stores, numerous gift boutiques and at least one military “surplus” type establishment. Almost all of them had a large display of Swiss Army knives in their window, but none knew anything about the German Army model I was searching for. 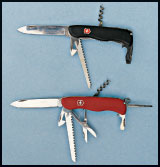 The obvious answer seemed to be to find Victorinox’s booth and see what they could tell me about the new knife. After a complete search of their display failed to turn up the new knife, I was forced to ask a company rep about it. Looking all around to make sure no one was watching, he opened a locked cabinet and produced a green-handled folder. He then explained that Victorinox felt the knife might be “too dangerous” for the public to own and he wasn’t sure they were going to offer it to the civilian market. Huh? It seems they felt that adding the one-hand opening hole changed the knife into an offensive weapon, something for which Victorinox would rather not have a reputation. 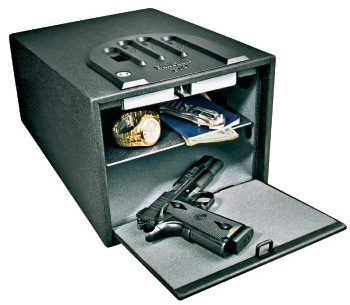