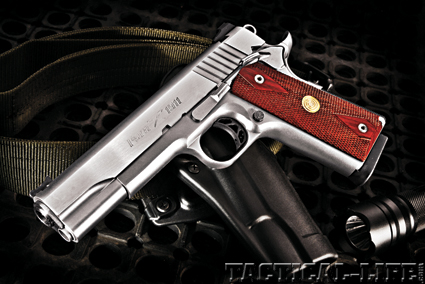 While providing an easy way to give direct support to the NRA, Para USA’s Gun Rights pistol also gives shooters an edge whether it is used for competition or carry!

Beware of the man who owns just one gun—he probably knows how to use it.” There’s a lot of truth to that old adage. It is a wise man that practices and competes with the same gun that he carries. Now Para USA gives us another reason to use the same gun for sport and defense; Para USA will donate money to the National Rifle Association’s Institute for Legislative Action (NRA-ILA) for each Gun Rights pistol that is sold.

I had a chance to speak with Thanos Polyzos, Para USA’s CEO. “The whole concept about the NRA Gun Rights models actually started before the 2008 Presidential election,” said Polyzos, “because we could see a major challenge coming politically with the whole issue of gun rights in this country.”

While there have been other manufacturers that have offered an NRA membership with the purchase of a gun, Polyzos realized that many Para USA customers are already members. “We wanted a very simple program that would be no hassle for the consumer. We make an NRA-ILA donation for every Gun Rights pistol sold. It’s no-hassle support for the NRA; the consumer doesn’t have to fill out anything or submit anything.” 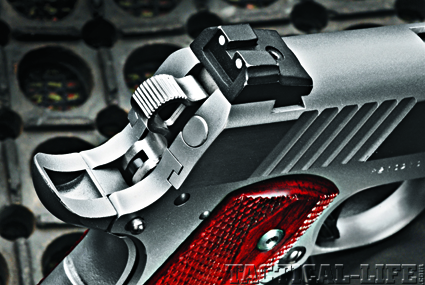 Para USA is offering two Gun Rights models that include their most popular guns, the stainless P14 high-capacity pistol and the stainless steel PXT 1911 single-stack SSP. I recently received a sample of the new Para USA PXT 1911 stainless steel Gun Rights pistol in .45 ACP. The pistol features many upgrades that make it perfect for both IDPA and USPSA competition as well as for self-defense carry.

Polyzos said, “Nobody else makes a better stainless-steel, single-stack 1911 than Para. It has an integral ramped barrel, fiber optic front sight, adjustable for overtravel trigger, beavertail, extended thumb safety, beveled magazine well as well as our competition hammer—not to mention the Power extractor. Shop that pistol against anyone else’s 1911 and you’ll find that the gun is priced competitively and that you get more bang for your buck with it, and help the NRA in addition.”

The slide features extra wide cocking serrations at the rear but none on the front. Its flats are polished bright and the right side engraved with the legend “Gun Rights.” The ejection port is lowered and flared, and there is a standard style bushing used along with a full-length recoil spring guide. The new Gun Rights model also features the Para Power Extractor Technology (PXT) that gives 50% more contact with the cartridge’s case rim for positive extraction and improved feeding.

Para outfits the Gun Rights pistol with a fixed rear sight that is drift-adjustable for windage, which features a sharp front edge for one-handed slide cycling and has two white dots at its rear. A single hex-head screw locks it in place in its dovetail. The front sight is a red fiber optic, dovetailed into the slide, which glows brilliantly when exposed to sunlight. It is a popular sight with USPSA shooters and its housing with its sharp shoulders, provides a more traditional sight picture for precision while the fiber optic rod is for quick sight acquisition. Included with my Gun Rights pistol were several fiber optic pipettes in both green and red colors. In the event that the shooter wants to use the Gun Rights pistol solely for concealed carry, the front sight can easily be replaced with a Tritium night sight.

Folks who shoot competition demand accurate guns, and the Gun Rights pistol is no slouch in this department thanks to its match-grade barrel. Machined from stainless steel and using a ramped/supported style, the barrel produces optimum accuracy while providing the best reliability possible. The ramped barrel design actually attaches the feedramp to the barrel instead of the pistol’s frame, reducing the chance of stoppages by eliminating the gap between the feedramp and chamber mouth. No need to worry about having a gunsmith polish the feedramp and throat the barrel—the Para guns will gobble up all rounds right out of the box. 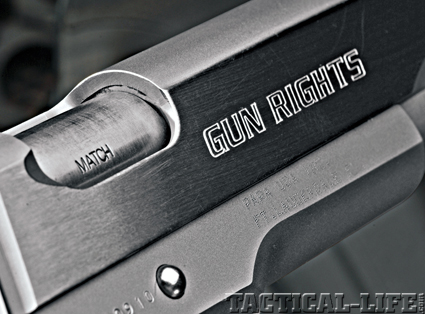 The Gun Right’s stainless frame also features a number of refinements that make it perfect for carry and competition. I like the Para USA beavertail, which helps protect the web of the hand from hammer bite and makes shooting voluminous numbers of rounds comfortable. Para bevels the sides of the magazine well to aid in quick magazine changes.

An extended thumb safety is also included on the Gun Rights pistol. Its dimensions fit me perfectly—not too wide for carry nor too narrow for competition and long enough that the shooter can easily disengage it. The safety disengages crisply and locks into both on and off positions.

Para uses their best parts in these Gun Rights pistols. Both the hammer and trigger are competition parts. Expertly fit, they produced a very consistent 4.5-pound trigger pull. It’s crisp and predictable—exactly what is needed on a competition gun. It also has a trigger pull that is not so light that it can’t be used for carry purposes. Para’s gun has a firing pin safety that prevents the firing pin from making contact with the primer unless the trigger is pulled, a feature that is designed to prevent the pistol from firing if dropped on its muzzle. 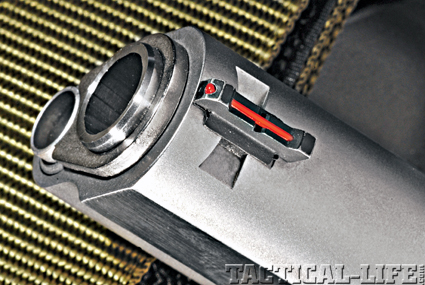 Range Time
To evaluate the Gun Rights pistol for accuracy I moved my targets out to 25 yards and fired 5-shot groups with each brand of ammo. I fired all groups from a seated position using a cement rest and Millett BenchMaster for support. Hornady’s 230-grain FMJ rounds produced the smallest group measuring just 0.96 of an inch. In all I fired 6 different types of ammunition, from 160 grains to 230 grains, and the Gun Rights pistol produced excellent accuracy with all of them. More importantly, all loads were 100% reliable in the pistol.

If you shoot competition you are either a reloader, or are going to become a reloader. The only way that I know of to get really good at any shooting sport is to put a lot of rounds downrange. You probably won’t spend any less on ammunition when you start reloading—you’ll just be shooting three times as much for the same amount of money. One of my favorite reloads uses a LaserCast 200-grain lead round-nose bullet and enough Winchester 231 powder to propel the bullet at 850 feet per second (fps). This particular load is quite accurate, makes “Major” for USPSA competition and is reliable in any gun that functions well with FMJ ammo. I literally go through thousands of these rounds a year in both practice and competition, and have found this load to be as easy on the shooter as it is on the gun. The Laser-Cast bullets are harder than most lead bullets, never gummy and will not lead your barrel.

I set up a couple steel targets at 15-yards and did some draw-and-fire exercises with the Gun Rights pistol and the LaserCast loads. I chose a BlackHawk Standard 1911 Holster, made from high-performance carbon fiber composite and featuring a molded sight channel to protect the front sight and a retention adjusting screw. The front of the holster is cut down to allow for a very quick presentation. It comes with two backs: one for use with a belt and the other is a paddle. Both backs offer adjustable cant, though I prefer a straight up and down carry. I found the holster to be extremely fast and it possesses all of the security that I need in a holster. It could be used for both IDPA and USPSA competition as well as for carry use. Probably the best thing about the holster is its price—under $40. You can spend a lot more on a holster, but I’m not sure why you would. 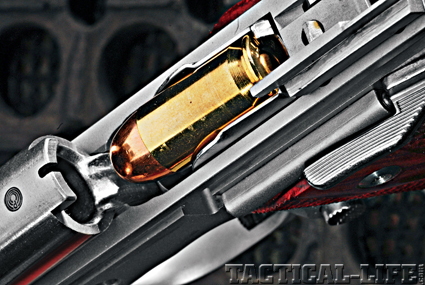 In addition to being match-grade, the barrel is fully supported and ramped.

Final Notes
In case you’ve been asleep or in a coma—Para pistols are now made in the USA. Regarding the company’s move from Canada to the US, Para’s Polyzos said, “We moved to the US to be closer to the majority of the people who shoot our premium firearms. In designing the Gun Rights models, we wanted to make them as affordable as possible, while at the same time giving shooters all the bells and whistles they get on a top-of-the line Para.”

The Para USA single-stack pistol performed exactly like it should. With it’s full-size and weight, it is a very controllable gun, especially when firing double taps. In direct sunlight the fiber optic front sight grabs the shooter’s attention and is impossible to miss—aiding the shooter in getting on target fast. The trigger is extremely crisp, resets positively and is consistent—everything that a competition shooter needs to be successful. If you’ve ever considered using one gun for carry and competition, you would be hard pressed to find a gun that was better suited for that mission than the Para USA Gun Rights pistol. 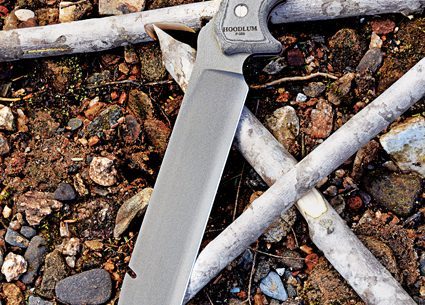 While providing an easy way to give direct support to the NRA, Para USA’s…