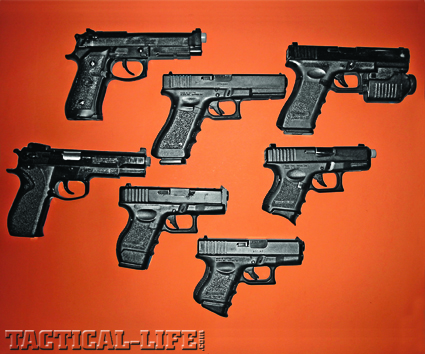 It didn’t cost very much. It was cheap to shoot and I could re-use the ammo. It came out of a long cardboard box from Montgomery Ward. It was, by adult standards, little more than a cheesy toy. But to me it was my pride and joy. With my Daisy BB gun in hand, I became John Wayne, Daniel Boone, Chuck Connors, and Audie Murphy—all wrapped up in one. I was a lawman, a hunter, a marksman, a frontiersman, a policeman, or anyone else I wanted to be. With my Daisy I learned how to handle a weapon: muzzle awareness, trigger control, sight alignment, breathing, shooting positions and accuracy. I also learned that the neighbor’s cat didn’t like being shot at, and that the kitchen window won’t survive a stray BB. By the time I graduated to a real gun, I had a pretty good idea of what to do with it. All the basics still applied.

Years later I found myself going back to the basics again. While at a local store I noticed a gun at the counter that looked incredibly real but I knew they didn’t sell guns there so I asked the clerk what it was. He said it was an airsoft gun. I had heard about them but had not yet seen one. It looked and felt very, very similar to one of my guns. Then he charged it with gas, made sure there were BBs in it, pointed at a well-used target down the aisle and told me to go ahead and shoot it. At about 30 feet it was surprisingly accurate. Plus it cycled like a real gun, and the trigger was similar to a real gun. It was even heavy like a real gun. Everything about it was very similar to the real thing. And then it dawned on me that this is not my old Daisy, but this has real possibilities for training. I bought a green, gas powered, gas blowback airsoft mock-Glock 17/22 to match my real one and took it home. And sure enough, this is a serious training tool that I would recommend for anyone.

Accuracy
Most airsofts will boast accuracy up to about 50 feet with a velocity of 300 to 400 fps (feet per second). These are not the high-quality, close tolerance, accurate weapons they are modeled after, but I can consistently shoot 1.5- to 2-inch groups at about 20 to 25 feet. Statistics show that most gunfights occur within about 20 feet. So a life-sized target at about 7 yards away, using smaller targets to simulate distance, should be sufficient to hone your shooting skills without the expense of live-fire.
Not everyone has access to a basement, or garage or an outside area where you can practice without freaking the neighbors out. If you don’t have room to set up target stands, you can use a simple cardboard box with some wadded up newspaper, hang an old towel inside, even shoot a five gallon plastic bucket. Make sure there is something soft but impenetrable to stop the BBs—if your backstop is too hard, they will bounce back at you. If you have room to set up target stands, the best backstop I have found is an old towel stapled to the back of the stand with the lower portion looped back up to trap the BBs.

For a reasonable quality airsoft handgun you can figure on spending about $100 to $150. I know of military Special Forces operators that have spent a little more money and got some higher quality airsofts that they train with. But make sure you get an airsoft that closely resembles your real weapon. Spend the money to get a heavy one that weighs close to your real one, not a cheap plastic one. It will make a difference in your advanced training. Airsofts are available as revolvers, semi-autos, shotguns and rifles. There are a multitude of manufacturers that make almost every conceivable weapon there is, so you should be able to find one that you can train with.
With today’s prices for ammo, it’s not unreasonable to figure that a 50-count box of .40 caliber ammo will cost you about $18 or more. For that same $18 you can shoot approximately 2000 rounds with your airsoft. To shoot that many rounds of live ammo would cost about $720. Add to that the cost of range time and travel to and from the range, and you can see how quickly an airsoft will pay for itself. This will obviously not replace your live-fire shooting. Airsoft training is a supplement to enhance your skills at a fraction of the cost. Plus, a mistake that puts a 1/8 of an inch deep dent in your drywall is less expensive than a mistake that lands a half-mile past your target in some farmer’s prize pig. 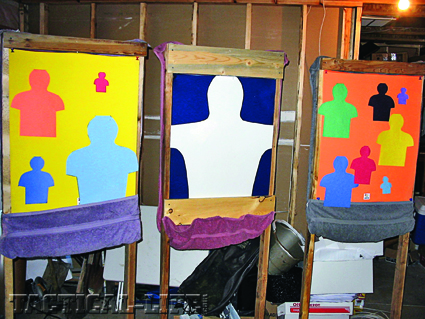 Benefits
Besides the monetary benefits of training with airsoft, there are so many other benefits. You can train in your spare time, at home. You don’t need a whole day at the range to work on your shooting skills. If you have 15 minutes a day at home that you can devote to training, you will notice a huge difference in your skill level.

Airsoft training, I believe, is even better than dry fire drills for a couple of reasons: A) you save the wear and tear on your real weapon, and B) firing your airsoft allows you to actually see where your bullet would hit, not guess where you think it would have hit. Putting real holes in targets is much more fun than putting imaginary holes in targets.

Whether you are at home or at the range, airsoft training allows you to shoot more easily with a wider range of targets, scenarios and angles. You can move and shoot at multiple targets in a smaller area and 360-degree radius without the risks and dangers of live ammo. For law enforcement officers who want to take their skill level beyond the minimum qualification for their department, airsoft training allows them to practice and refine virtually all of their training and skills not only on the range but in the comfort of their own home. For the private citizen, airsoft gives the same opportunity for training. Plus, airsoft is ideal for practicing defensive tactics in your home. The shooting distance in the average home is well within the capabilities of a good airsoft pistol, making it the perfect tool to explore the dynamics of a gunfight in your particular home, (cover and concealment, vantage points, hiding places, etc.). 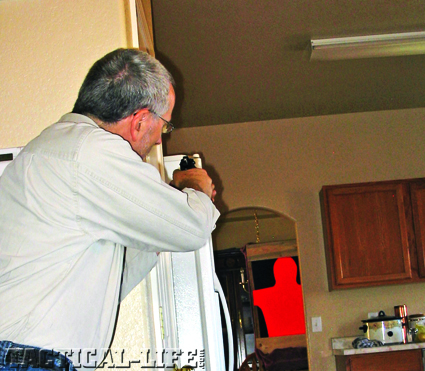 Training Opportunities
There is a growing movement among gun owners and sports enthusiasts of what amounts to airsoft gunfighting. In some circles it is much like paintballing, whether indoors or out, it is basically a BB slinging free-for-all where you are on the honor system to announce when you have been hit and are out of the melee until the next game.

In other circles it is a serious, life saving, realistic, educational course that teaches the dynamics of a real firefight and lets you make your mistakes when your life is not on the line. Gabriel Suarez, in his book, Force-on-Force Gunfight Training (available through Paladin Press; 800-392-2400; paladin-press.com), takes you beyond the paper targets and fantasy scenarios of what you think a gunfight would be like and puts you into the fight itself. It is a different world when someone is shooting back at you, and it hurts when they hit you. An airsoft BB will take out an eye, chip a tooth, and raise a welt on your skin. They can even draw a little blood, so wear protective gear.

Airsoft training is also gaining momentum among defensive shooting schools. This isn’t a new concept, as law enforcement agencies and the military have been conducting this type of training for years using non-lethal simmunitions and modified real weapons. But airsoft is much cheaper.

It doesn’t matter if you are a law enforcement officer or a private citizen—if and when that crucial moment faces you and you have to defend yourself, that’s not the time to work on your skills. Every time you miss, you afford the bad guy another opportunity to hit you. Every time you miss, you risk the lives of innocent people who may be in the path of that bullet. Every time you miss, you multiply the risk of losing everything you have, including your freedom. Even if you eventually win the first fight, every round that missed will start another fight that you may not win. Airsoft training allows you to perfect all of your shooting skills. Train for the real fight, because in that fight you’ll fight the way you trained. This isn’t a Daisy, but the basics are still the same. 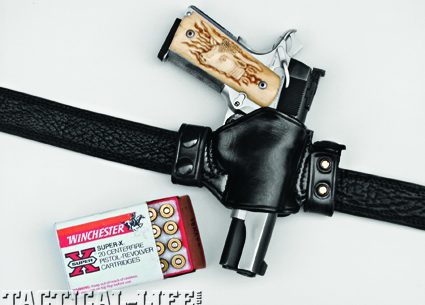 It didn’t cost very much. It was cheap to shoot and I could re-use…