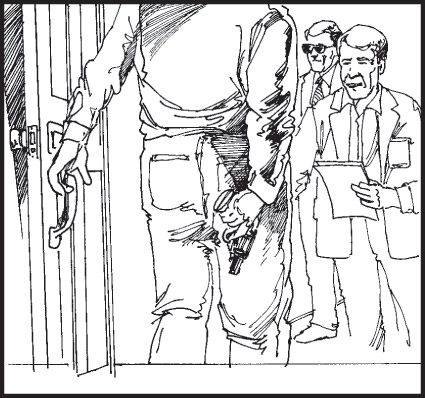 In the mid 1990s we lived in a suburb that had mostly townhouses. Following their birth, my twins were just released from the hospital after a 10-week stay. They were born 12 weeks premature. They were considered high risk for their hearts to stop beating, or stop breathing, so they were released from the hospital on monitors. These monitors have sensors placed on the babies’ chest that would go off like a fire alarm if the baby developed problems. To make room for the equipment and to service the babies we converted our family room into the nursery. We had the cribs and monitors set up in the family room close to a big bay window, where anyone who was walking by could see. It wasn’t pretty but it was functional.

During that summer there was a series of townhouse robberies in the area. The robbers would dress up as repair or delivery personnel and con someone into letting them into a townhouse. Once they were let in they would rob the person, and force the victim to drive to an ATM to take money out. They would then leave the victim at the ATM and take the victim’s car as the getaway vehicle.

One evening my wife went shopping and left me alone with the babies. Two men came to the front door acting as preachers, wanting me to let them in and talk about God. I told them that I was happy with my religion and I wasn’t interested in talking to them. I didn’t want to be rude because I respect someone with faith. One of them kept talking to me through the picture window, and the other one walked away. I just assumed that he was going to the next townhouse. I couple of minutes later I was still talking to the one through my picture window. I heard a noise on the back patio and saw the other person coming onto my back patio. I thought to myself, “Oh sh*t, these aren’t preachers.”

I quickly ran upstairs and got my Ruger GP100. Back then I could only afford one gun, but I had enough free time to take it to the range every week. When I got downstairs, I kept the gun pointed at the floor. Both men were still there. One was outside the front of the house, the other was outside my back door playing with the lock. I told them that I was a great shot and that I could blow their heads off if they didn’t leave me alone. They both ran out of sight.

I considered calling the police. Even though everything I did was legal, I lived in a very anti-gun county as far as the police are concerned. I was worried that if I reported it, the two men could have twisted the story around and I could have been charged with something.
—MH, Internet 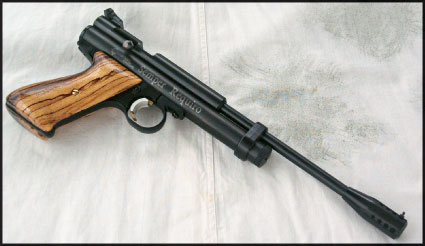 Build Your Own .177 Crosman

In the mid 1990s we lived in a suburb that had mostly townhouses. Following…