Riding The Storm Out

For the first time since we moved into our new house outside of Biloxi, Mississippi there was no flag flying in the front yard. Hurricane Gustav was brewing out in the Gulf of Mexico and was set for landfall in less than 24 hours. As these words are typed the house windows are boarded up and sandbags are in place around the flood prone areas. 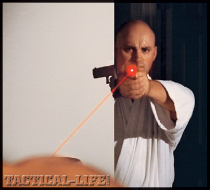 Outside, the wind is howling and the rain is beating down on the roof. For the moment, we still have power and this is as good a time as any to get some thoughts down on paper. A pistol is sitting on the desk beside me with a bright white light attached to it. A power outage is not an “if” but a “when” issue.

You don’t have to live in a hurricane zone to realize the need to be prepared for a natural or man-made disaster. Those in the north have ice storms and blizzards to be concerned with. Westerners have earthquakes and wild fires. Anyone on the coast could be the victim of a hurricane and with the exception of perhaps the mountain or desert states, flooding can occur anywhere.

Natural disasters are really only part of the problem. It is how people react to the storm or disaster that truly can make a bad situation worse. Some three years ago to the day as I write this I was in New Orleans helping police the city after Hurricane Katrina. I can say without a doubt that natural disasters bring out both the best and worst of society.

After Katrina, literally tens of thousands of emergency services personnel rushed to aid the people of the gulf coast. Thousands upon thousands of citizen volunteers supported them. On the other side of the coin you had the dark underbelly of society that took advantage of a bad situation by looting, stealing, robbing, raping and even murdering the victims of the disaster.

In addition to the good and the bad, you had what I would call the apathetic or “gray” area folks. These are people that did not necessarily participate in the lawlessness but neither did they contribute anything positive to the situation. Rather than prepare themselves and initiate a plan for self-sufficiency, they sat around did nothing and then waited for someone else, the government, to fix their problems. They became part of the problem, not the solution.

You can choose to be part of the solution, not the problem. It’s all about your mindset or your frame of mind. During my family’s preparation for the upcoming storm we visited a local home supply store and a major chain grocery store. The places were packed with people purchasing essentials: plywood and lumber, generators and gas cans, bottled water and canned food. Everywhere we went folks were generally courteous and upbeat.

The day before the storm we went to an emergency station set up by the county government. We filled sandbags along with dozens of other families. Never once did we encounter anyone who seemed to be in a state of panic. On the contrary, most folks joked and made light of the situation. Veterans of previous storms shared their stories.

I firmly believe that it was the very act of preparation, taking deliberate steps toward self-sufficiency that kept these folks calm and free from panic. They were taking control of their lives and providing for their own safety. You’d think that would be a given for every adult but sadly in our current “nanny state” system it is not.

If you have this magazine in your hands I would dare say that some type of weapon is a part of your individual survival plan. I have to wonder at those who stockpile a month’s worth of food and water but have no way to defend it. Yes, there are evil creatures out there that would take full advantage of a bad situation and victimize you.

Use whatever hardware you feel comfortable with and can operate under duress. Here are a few suggestions. Have both a long gun and handgun. Handguns are easy to carry and manipulate in tight quarters. When it comes to ease of operation and inherent “shootability” the long gun is tops. While I don’t want to spend too much time talking about the elusive power factor, the simple fact is that centerfire rifle cartridges (or shotgun shells) generate and deliver far more energy on target than any handgun.

Sabre Defense XR-15A2
I choose to have a Sabre Defense XR-15A2 loaded and ready in the corner of my office. This particular rifle is built around the tried and true AR platform and is fed by M16/AR-15 type magazines. The A2 model has a fixed stock and carrying handle. The barrel is 16 inches. Sights are typical A2 design with an elevation adjustable front sight in the “A-frame” housing. The rear sight has both elevation and windage adjustments with a large and small sight aperture.

The only change or addition I made to the gun was to attach a Safariland RK-M4 rail mount to the fore-end. Attaching the mount took only a minute or two. The mount allows you to add lights, lasers, or vertical grips to your gun. I needed to quickly attach a white light to the rifle. When your power goes out, the hours between dusk and dawn are going to be anxious ones. As responsible citizens we cannot simply fire at noises. We must clearly identify our target or threat. With the rail attached it was a simple task to mount an Insight Tech-Gear M3 tactical light to the upper left side of the fore-end. This position allowed me to operate the light with my support hand.

Glock 17
The pistol in my office is a Glock 17. I’ve been shooting a Glock in one form or another for the better part of two decades now and feel extremely confident that it will go “bang” 99.9 percent of the time (nothing is absolutely perfect).

A small modification was made to my pistol. Almost immediately after purchasing the gun I had the factory sights swapped out for the XS Sights 24/7 Big Dot. Defensive pistol shooting is all about two things, front sight focus and deliberate trigger press. Hold the front sight center mass of your target and press the trigger.

Despite having a luminous front sight, I still have that need to ID my target. So I added a Safariland RLS (Rapid Light System) to the rail frame of the pistol. The RLS is rather ingenious and incorporates a bright white LED light and quick-attach/detach mounting system.

The ammo I work with my Glock is CorBon’s 115-grain DPX as a home defense load. The Sabre Defense .223 rifle has two magazines of Federal’s 77-grain BTHP coupled together.

Final Notes
You wouldn’t wait until you are bleeding to purchase a first aid kit nor would you wait until your kitchen is in flames to buy and fire extinguisher. So, why do people wait until a natural disaster is around the corner to prepare for home defense?

The time to start preparing is today. Regarding using a firearm to defend your home and family, your decision should be well thought out. Give yourself time to train with your defensive tools. Before the storm hit, I made sure that every adult in my household was trained and competent with both the pistol and rifle. It’s always better to prepare for the worst and pray for the best.

Having a plan and getting yourself prepared not only assures physical security but provides psychological comfort as well. When the rest of the world is freaking out you will be calm and assured of your own family’s survival.