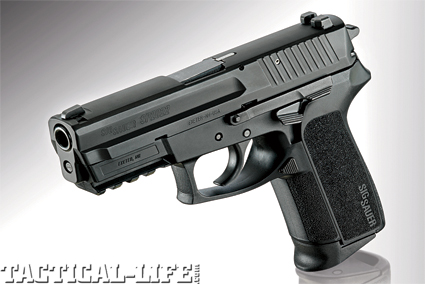 Widely used as a duty weapon around the globe, the Sig Sauer SP2022 is compact enough for concealed carry yet still packs a high-capacity magazine.

Beginning in 2003, the French police started receiving the 9mm SP2022 Sig Pro. Most of my French contacts who had received their SP2022 pistols seemed happy with them, which impressed me because the French police are more firearms-oriented than many European police departments and have high expectations of their duty weapon. In fact, many members of the French police had wanted a Sig Sauer pistol for some years, but the government had opted for another choice. 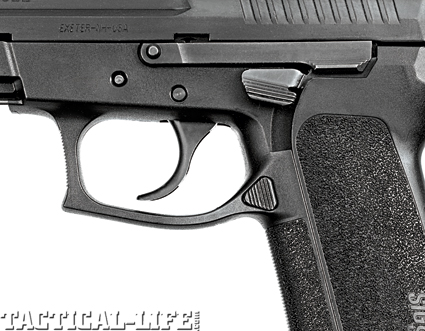 Controls on the P2022 are similar to those on the P220 series. While not ambi, the controls are accessibility for left-handed shooters.

Whether for the French police, other law enforcement agencies, or even civilian shooters, the SP2022 has a lot of advantages. It is compact, lightweight and inexpensive, yet retains Sig Sauer quality—which is a real boon for police departments since uniformed personnel and plainclothes investigators can carry the same pistol, on- or off-duty. One French police detective I know made a point to tell me that it did not interfere with the cut of his suit, and those same characteristics are advantageous for the civilian with a concealed carry license as well. 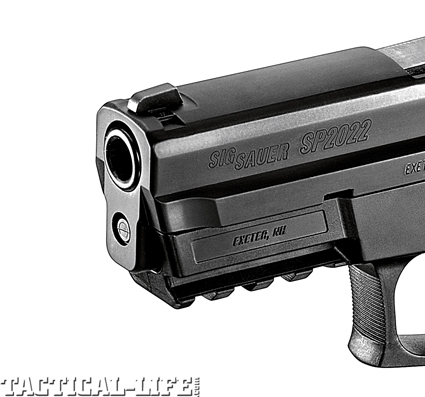 The French police aren’t the only international agency that appreciates the Sig Pro design. Others that have adopted some version include the Colombian National Police, the Swiss Military Police, the Portuguese Republican National Guard and Public Security Police, and others. The American DEA purchased a number of Sig Pros and the U.S. Army Tank-Automotive and Armaments Command purchased 5,000 SP2022 pistols. 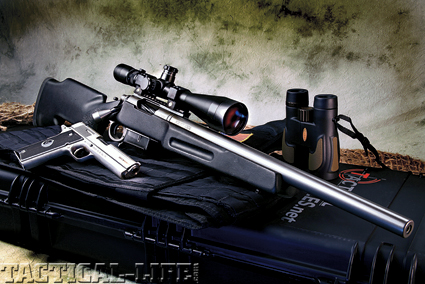 Widely used as a duty weapon around the globe, the Sig Sauer SP2022 is…