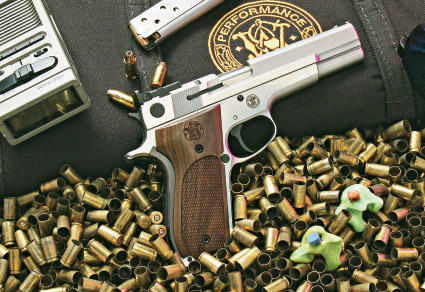 One of the guns I lusted after in my youth was the Smith & Wesson Model 52. Introduced in September of 1961, the M52 was a racy-looking, target-grade, single-action, semi-auto designed to fire a full wadcuttered, mid-range .38 Special round into a guaranteed 2 inches or less at 50 yards. By the time I entered law enforcement in 1970, I had managed to acquire a M39, the 9mm double-action forerunner of the M52, but the more refined target pistol, as of then, still eluded me. My subsequent quest to find the perfect carry/duty pistol for law enforcement work put my efforts to secure a M52 on hold for several years, but I eventually picked up a clean example and added it to my budding S&W collection. Early outings with this pistol established it as the most accurate handgun I owned.

Mine was the M52-1, the –1 signifying a modification of the original M52’s trigger system. Original M52s had the double-action trigger system of the M39 with a lockout screw installed to fix it as a single-action, but competitive shooters found this unsatisfactory. In May of 1963, the M52-1 was released with a redesigned, solely single-action trigger system. In 1971, the M52 was again further improved when its extractor system was changed from a spring bar type (that was prone to occasional breakage) to a narrower assembly powered by a coil spring. This third and final gun was designated the M52-2, and it remained in production until 1993, when due to lagging sales, it was dropped from the S&W line. 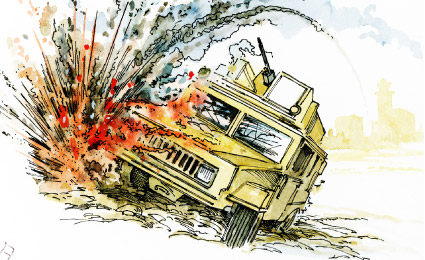