0
SHARES
2
VIEWS
Share on FacebookShare on Twitter
Smith & Wesson’s Military & Police line has a long and illustrious history, ranging from the turn of the century .38 Hand Ejector Military & Police revolver to the polymer-frame M&P pistol of the present day.

Since 1852, Smith & Wesson has been providing American shooters, hunters, police officers and soldiers with firearms that have proven to be both reliable and accurate. While perhaps best known for their revolvers and pistols, the S&W logo has also appeared on rifles, submachine guns and shotguns. S&W’s commitment to continuing in this vein is evident with their current Military & Police line, which includes 66 variations of the Military & Police polymer-framed semi-autopistol, five high-tech revolvers and 25 different AR rifle platforms—and continues to grow. 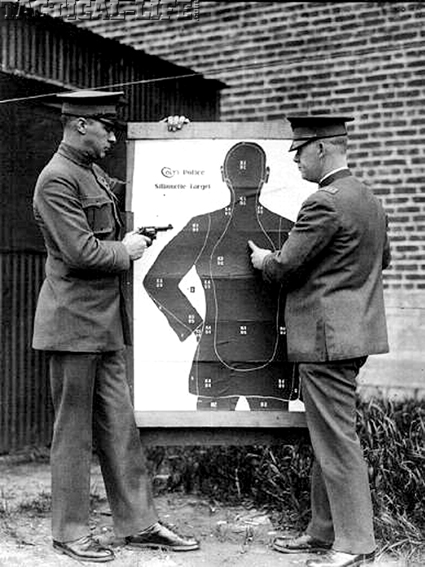 Attaching the M&P suffix to this line of firearms was a wise marketing move—and one guaranteed to please firearms historians and enthusiasts everywhere, because it insured the continuing usage of the name of one of the most respected and revered firearms of all time.
History 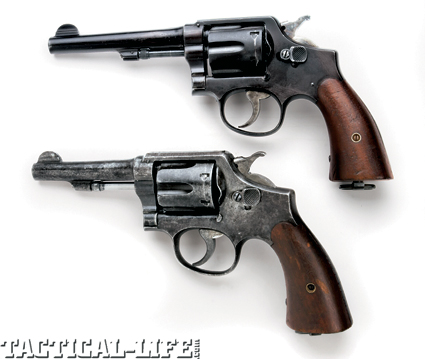 British Victory Model revolvers had 5˝ barrels (top), while those made for the US armed forces (bottom) came equipped with smaller, 4˝ barrels.

For most of the 20th Century, Smith & Wesson’s bread and butter product was the Military & Police revolver (a.k.a. Model 10). Released on the market in 1899 as the “.38 Hand Ejector Military & Police,” it is known, appropriately enough, by collectors as the First Model.