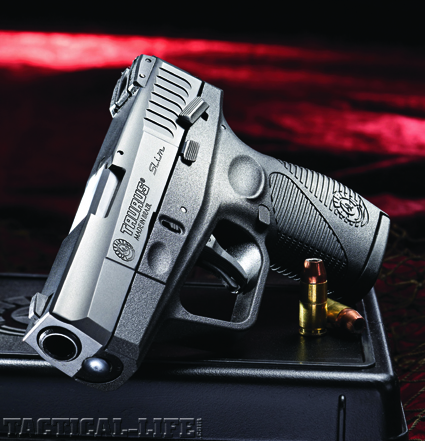 Tapping into the popular CCW market is the new Taurus 709 SLIM series of pistols. Chambered for 9mm, the polymer-framed autopistol fits the bill for an easily concealable yet powerful defensive pistol. Weighing in at 19 ounces empty and featuring a 3.20-inch barrel, it offers shooters a nearly ideal concealed-carry pistol.

As indicated by its “SLIM” moniker, the 709 has a single-column detachable magazine that holds seven 9mm cartridges. Although Taurus offers a full battery of double-column magazine compact pistols, the 709 was purposely designed to be a slim and trim as possible. In fact, it measures a scant 1.08 inches across at its widest point.

Safety First
When a pistol is designed to be carried day in and out, often tightly against the body, safety is obviously a priority consideration. In recognition of this fact, Taurus designed the 709 with a battery of safety devices—both active and passive.

First and foremost, the 709 sports a frame-mounted, non-ambidextrous manual safety reminiscent of that of an M1911. A sweep down takes the pistol off “safe” and readies it to fire, while a sweep up places the 709 on “safe” and locks the sear and slide from moving.

As a further safety enhancement, the 709 also employs a loaded chamber indicator at the rear of the ejection port on the upper portion of the slide. This feature offers the shooter both a visual and tactile indicator of the condition of the 709’s chamber.

The 709 also employs Taurus’ TSS (Taurus Security System) with two keys that can lock the slide and trigger of an unloaded and decocked 709. The key interface point is located on the rear, right side of the slide.

Unique Features
The trigger operation and firing mechanism of the 709 is also unique. It employs what Taurus describes as a single-action/double-action striker system. Under normal operation, the 709’s striker is fully cocked by the cycling of the slide, resulting in a single-action trigger pull. However, in the event of a failed primer ignition, the 709’s trigger is capable of cocking and releasing the striker for an immediate double-action second strike.

However, the trigger system is not the only unique feature of the 709. Although at first glance the sights of the pistol appear to be simply low-profile white-dot fixed units, a closer look reveals that the polymer rear sight assembly is fully adjustable for windage and elevation. In fact, the unit can be adjusted with a protrusion on the included TSS keys.

Hands On
I received a carbon steel 709B SLIM in for testing and was immediately impressed by its handy, compact size and good ergonomics. I took the pistol out and put it through its paces with a selection of 9mm ammunition. Early on I had a malfunction with a round jamming base down in the magazine. However, this seemed to work itself out and the pistol functioned without a hitch for the rest of the session. Accuracy results at 15 yards hovered in the 2.00- to 2.50-inch range. The trigger pull, strangely in both double- and single-action modes, broke at around 7 pounds.

All in all, the 709 looks to be an excellent choice for those looking for a slim and handy compact pistol that still chambers a reasonably powerful defensive chambering. In addition, its full battery of safety features should bring peace of mind to those looking for a good carry pistol to have on them day in and day out. 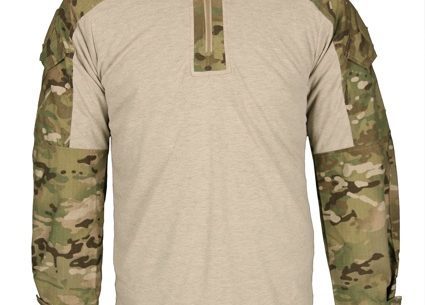